India ready for trial by twilight 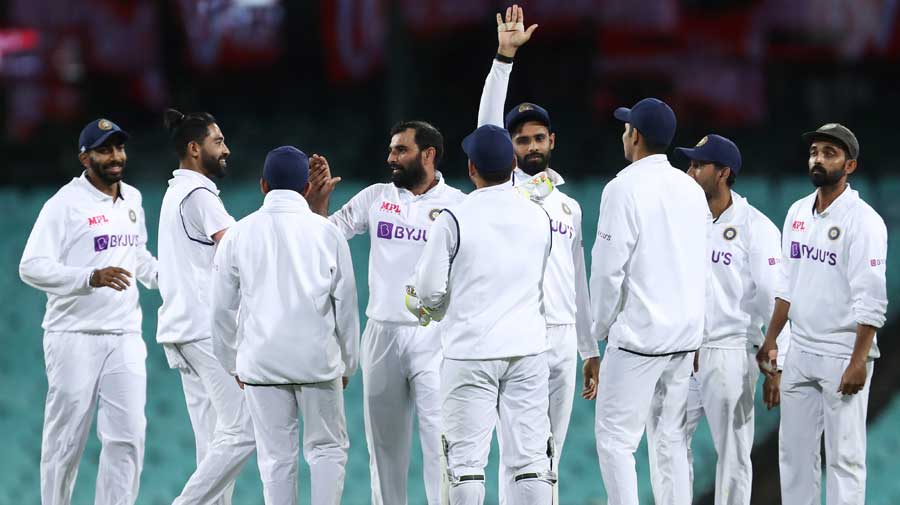 There’s a good chance that the likes of Pat Cummins, Mitchell Starc and Josh Hazlewood may pepper the Indian batsmen with short-pitched stuff. But Rahane shrugged off that threat. “We play short balls really well now,” he said.
Twitter/@BCCI
A Staff Reporter   |   Calcutta   |   Published 16.12.20, 01:14 AM

The “40-50 minutes” during the twilight period will be critical for India in the Day-Night pink-ball Test against Australia that begins in Adelaide on Thursday, feels Ajinkya Rahane.

“Definitely, it’s a challenge. The ball behaves differently once the lights are on than what it does during the day. So as a batsman, I think focus will be the key. A batsman’s concentration and communication between two batsmen will be crucial. Batting during the twilight period, those 40-50 minutes, will be very important. If you bat well at that stage, it will be good.

“Overall, we had a good outing in our D-N warm-up game (at the SCG), where we did well as a batting and bowling unit. A good start in the Test will also matter,” Rahane, India’s Test vice-captain, said during a virtual conference from Adelaide on Tuesday.

“When the lights are on in the twilight period, the pace increases a little bit off the wicket. But if you make the necessary adjustments in that phase, you’ll find it easier in the next stages.

“We play the entire day with the red ball, its pace doesn’t change much. But with the pink ball, within those 40-50 minutes, the pace changes completely, so we’ve to adjust out there in the middle,” Rahane added.

Rahane emphasised that it’s imperative for batsmen to play with intent against a strong Australian bowling attack.

“It’s more about playing according to the situation and what the team demands from me in such a situation. I visualise that and play accordingly.

“Intent also comes with your defence and leaving  of the ball, as it’s not just about playing shots. It’s also about maintaining a positive mindset.”

There’s a good chance that the likes of Pat Cummins, Mitchell Starc and Josh Hazlewood may pepper the Indian batsmen with short-pitched stuff. But Rahane shrugged off that threat. “We play short balls really well now,” he said.