Advertisement
Home / Sports / Important to stick to the basics: Dhoni

Important to stick to the basics: Dhoni

CSK were struggling initially, but Dhoni pulled them back in the game with his unbeaten 44 off 22 balls 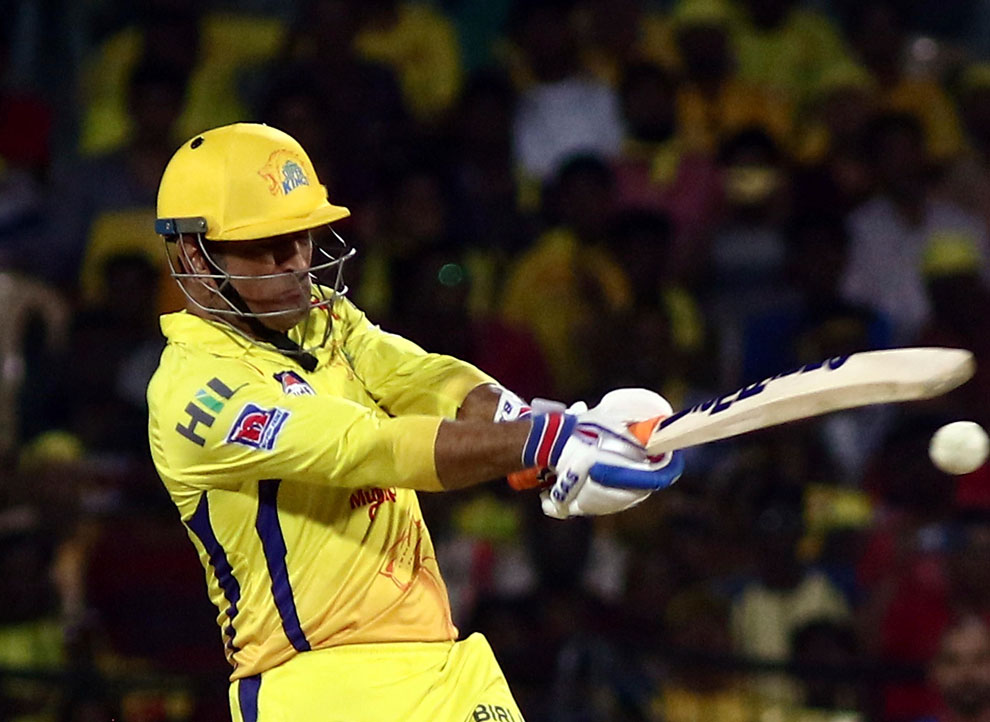 Captain Mahendra Singh Dhoni said he had spent enough time on the wicket to understand the bowling variations and unleash his power-hitting towards the end to lead Chennai Super Kings (CSK) to a total that eventually turned out to be a match-winning one, against Delhi Capitals at the MA Chidambaram Stadium on Wednesday.

CSK were struggling initially, but Dhoni, returning to the side after recovering from a bout of fever, pulled them back in the game as well as helped regain the momentum, which they never lost thereafter, with his unbeaten 44 off 22 balls.

CSK scored 20 runs from the final over of their innings bowled by Trent Boult, with Dhoni finishing with two sixes off the last two balls.

“I watch the ball and hit the ball. When you’ve spent time, you’ll know the variations. By the 20th over, you’re almost ready and you swing at everything,” Dhoni said at the post-match presentation when asked about his last-over exploits.

“It was holding on a bit and wasn’t coming on nicely. I felt it was slightly difficult for (Ambati) Rayudu to hit.

“Rishabh (Pant) helped me as well. He didn’t take his gloves off and that helped me a bit to sneak in the bye,” Dhoni added.

Along with his crucial death-overs runs, Dhoni also effected two stumpings that helped CSK get rid of rival captain Shreyas Iyer and all-rounder Chris Morris, both off Ravindra Jadeja’s bowling.

Speaking on his glovework, Dhoni said: “It’s something that has come from tennis-ball cricket. Still, you need to do the basics right and then graduate to the next level. If you want to keep like that, you may commit a lot of mistakes too. But that said, it’s important to stick to the basics.”

Dhoni feels the conditions actually favoured CSK, though they lost the toss. “We knew there wouldn’t be much dew. “What we’ve seen is that if there’s no dew, there’s assistance for spinners.

“But when we started, Bhajjupa (Harbhajan Singh) didn’t get any turn. But as they started losing wickets, it started spinning… It started turning... Cricket is such a game.

“We have made it very clear to him that me and Watson are never coming to him because more often that not, when he gets a wicket, he runs to the other side.

“With Watson and me, it’s quite difficult to go to him since we are not 100 per cent fit. So, we just say, ‘Very well done’, and go back to our positions. The good thing is Tahir finishes the lap quickly and comes back to bowl.”

Jadeja, who finished with three wickets, also said that the wicket helped spinners. “Obviously, I enjoyed bowling, given the way the wicket was turning. I was bowling in good areas and the wicket was doing the rest for me,” he said.