The Three Lions will return to their national soccer stadium on Sunday to play Italy, and will compete in their first summit showdown since the 1966 World Cup 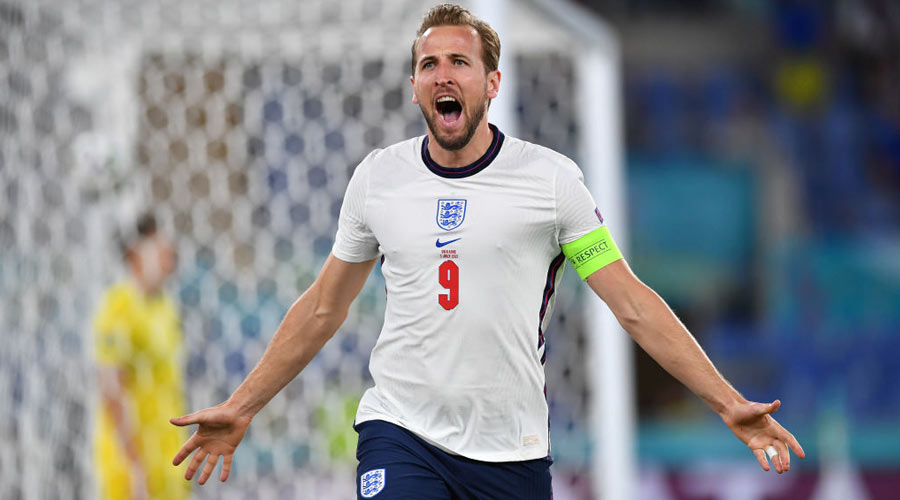 It's Harry Kane, once again.

The England captain scored the goal that mattered in extra time to end Denmark's dream Euro 2020 run, sending the Three Lions to their first ever European Championship final.

England will return to their national soccer stadium on Sunday to play Italy and will be competing in their first summit showdown since the 1966 World Cup. That remains England's only international title. In the intervening 55 years, the English have lost in the semifinals four times in either the World Cup or the European Championship. For that reason, this will go down as one of the most significant victories in English soccer history.

Three of those in 1990, 1996 and 2018 were decided on penalties. That looked like where the teams were headed until Raheem Sterling wriggled into the area down the right, cut inside and fell under the slightest contact of Mattias Jensen. Denmark goalkeeper Kasper Schmeichel guessed the right way to block Kane's penalty, but the England captain reacted quickly and put the ball into the net from six yards out.

Here's a seven minute video that chronicles everything that happened in the semi-final:

Denmark's players, whose emotionally charged run to the semifinals was powered by a resolve to win the title for Christian Erisken after his collapse on the field during the group stage, were almost on their knees by that point. And Danish hopes of an equalizer were damaged by having to play with only 10 men for the second half of extra time after Jensen was forced off injured. Denmark had already used up its six substitutes by then.

England showed another side by rallying for victory after conceding a goal for the first time at Euro 2020 when Mikkel Damsgaard curled a free kick into the top corner in the 30th. An own-goal by Simon Kjaer in the 39th evened the score, and England dominated the second half against a tiring opponent.

WE ARE IN THE FINAL!!!
Brilliant by the boys showing fantastic character from 1-0 down.
You fans were incredible singing the whole game
Bring on Sunday 🏴󠁧󠁢󠁥󠁮󠁧󠁿@england #england #euro2020 pic.twitter.com/vESSflVSdU

Come on England.
We are in our first final for 55 years.
We can do this.
Football’s coming home.@allontheboard #England #ItsComingHome #allontheboard pic.twitter.com/P3pA5EYR9F

If Big Jack Charlton can do it, so can Kalvin Phillips.#ENGDEN #englandvdenmark #England #EURO2020 #lufc pic.twitter.com/4rXymSuLkA