Advertisement
Home / Sports / Gayle may continue even after the World Cup

Gayle may continue even after the World Cup 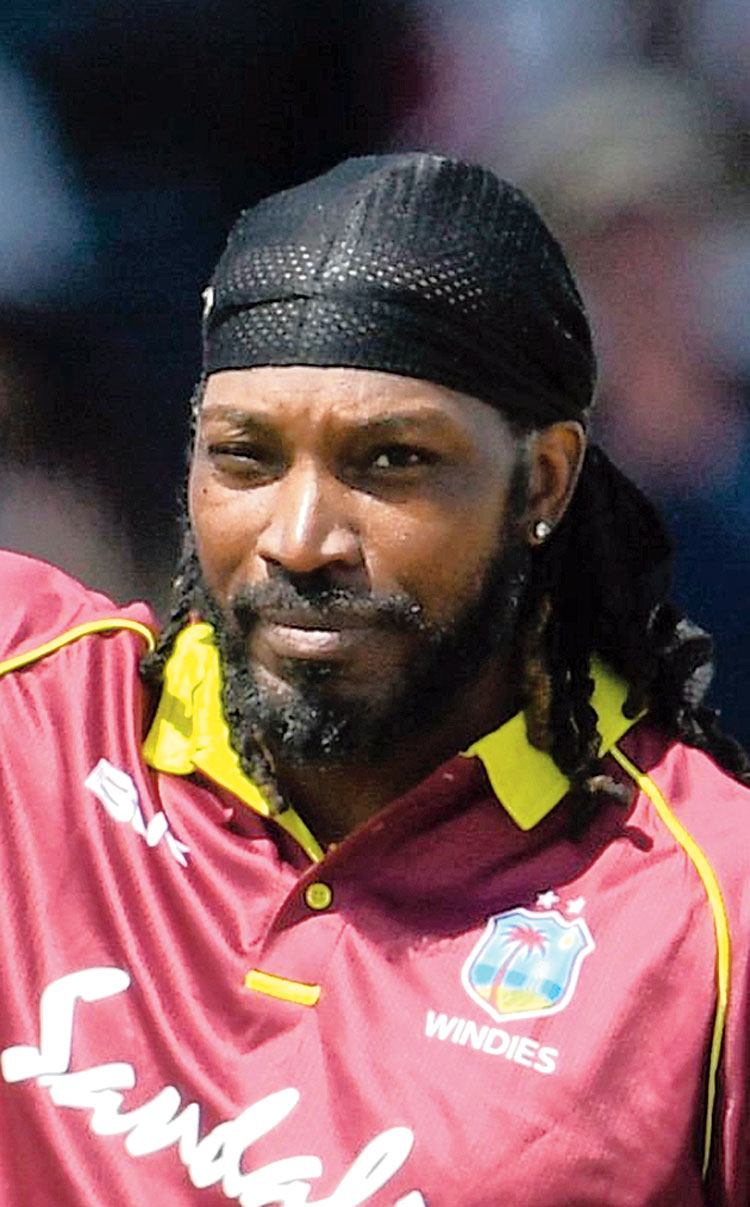 Chris Gayle has said he would retire from one-dayers after the World Cup, but on Wednesday the 39-year-old created some slight doubt about that decision.

So much did he enjoy the run-soaked fourth ODI in Grenada that he confessed afterwards he just might be rethinking his decision to retire from the format at the end of the World Cup.

Gayle struck 14 sixes in his innings of 162 — the second-highest score of his ODI career — on the way to leading West Indies to their highest total in this form of the game.

It was his second century of a series in which he has now amassed 347 runs from three innings at an average of 115.66 and a strike rate of 120.06. During the innings, he became the 14th man, and second from the Caribbean after Brian Lara, to reach the milestone of 10,000 ODI runs.

“I think this is one of the most entertaining games I’ve ever played in,” Gayle was quoted as saying by a cricket-specific website.

“It was a fantastic game of cricket. I’ve been playing a lot of T20 cricket so it’s always going to be difficult coming back into 50-over cricket. But eventually the body gets accustomed to the 50-over format.

“I just have to work on the body and then maybe you can see a bit more Chris Gayle, maybe... Things change quickly. Hopefully the body can change in the next couple of months and we can see what happens.

“To get the 10,000-run milestone is a great feeling. I’ve done it in T20 as well. It’s a fantastic achievement from my point of view. Doing it for West Indies as well, that makes it even more superb.

But it was Jos Buttler who showed the depth and versatility of England’s middle order as he smashed a career-high 150 runs off 77 balls as England beat West Indies in the ODI in Grenada on Wednesday.

Buttler was promoted to No.5 in the order, swapping spots with left-handed batsman Ben Stokes, and he seized the opportunity by belting 12 sixes and sharing in a 204-run fourth wicket partnership with left-handed captain Eoin Morgan.

“We talked on the bench about having a right-left combo, being able to attack one side all the time, so managed to sneak up the order and make the most of it,” Buttler said in an on-ground interview after being named Man of the Match. “Fantastic wicket and some small boundaries, so glad to make the most of it.”

Buttler and Morgan (103) guided their team to 418 for six, England’s highest one-day score against West Indies and third highest against any opposition.

But if England thought victory was assured, they were given a fright by Gayle, and Buttler said the hosts’ performance was a reminder of the challenges England face when they host the World Cup later this year.

“It just goes to show, no matter who’s favourites, on any given day there will be unbelievable games of cricket, and if Chris Gayle is in the opposition, you can lose those games,” Buttler told Sky Sports. “I’ve probably never seen anyone hit sixes as easy as he can. He’s a legend of the game.”

Despite scoring a hundred, Gayle couldn't hide his disappointment at the loss.

“I’m sure the players are all disappointed. I can see the expression on their faces. It's a learning process for the young players. If they do things differently they could have won. So it's good to see that body language when you lose. When that situation comes again I'm sure it will be totally different.”