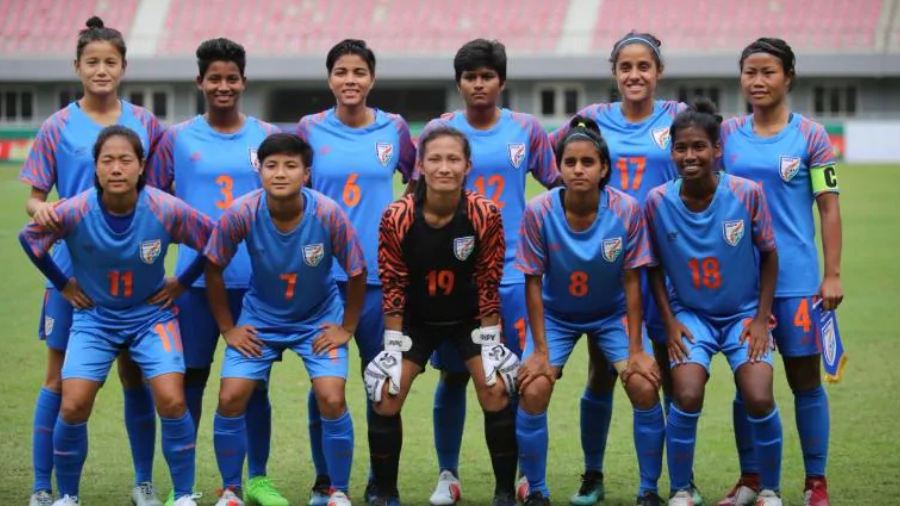 Anju Tamang pumped in four goals, while Dangmei Grace struck a brace as India toyed with Maldives to register a thumping 9-0 win in the SAFF Women's Championship at the Dashrath Stadium here on Saturday.

India now moved to six points from two matches and sealed their place in the semi-final.

India had earlier beaten Pakistan 3-0 in their tournament opener on Monday.

India surged into the lead with Tamang's 24th minute strike. She struck again before the half-time (45+2) as India went to the breather 3-0 up.

Priyangka Devi (42nd) scored the other goal in the first-half.

After the change over, Tamang struck two more goals in the 85th and 88th minutes, while Dangmei Grace (53rd and 86th), Soumya Guguloth (55th) and Kashmina (84th) were the other scorers.

India next play their last group stage match against Bangladesh on September 13.