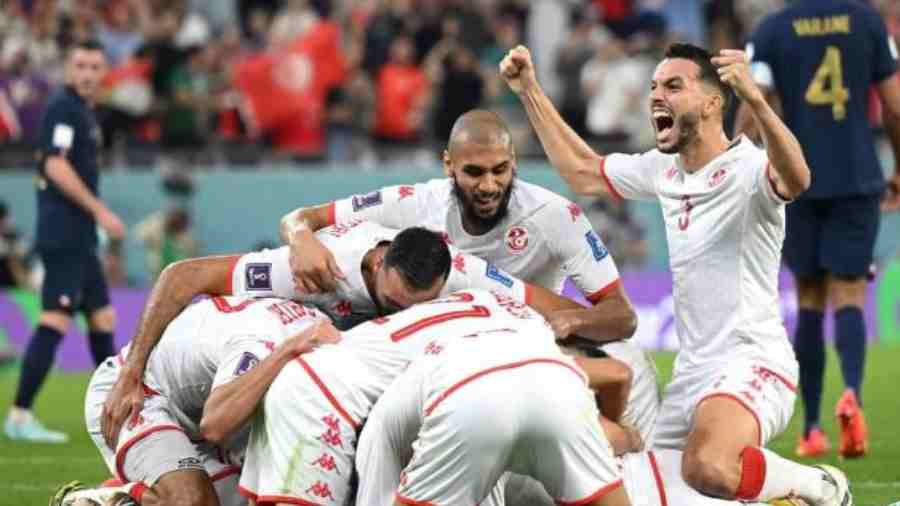 French-born Wahbi Khazri scored the only goal of the game as Tunisia upset World Cup holders France 1-0 at the Education City Stadium on Wednesday, but the shock victory was not enough for them to join the defending champions in the last 16 of the tournament.

Khazri steered home a 58th-minute winner amid a cluster of defenders for only their third victory at six World Cup tournaments for Tunisia but they were still eliminated. France, who made nine changes for this match from the team that beat Denmark and had already booked their place in the knockout stages, finished top of Group D on goal difference from runners-up Australia, who beat Denmark 1-0 at the same time.

Kylian Mbappé, Antoine Griezmann, Olivier Giroud, Adrien Rabiot and goalkeeper Hugo Lloris were among those on the bench as coach Didier Deschamps wanted to preserve them for the knockouts. France now take on the runners-up in Group C.

There was lot of drama after France looked to have equalised through substitute Griezmann in the eighth minute of injury time but the goal was disallowed soon after. A quick replay on VAR seems to show he was offside in the build-up to the goal. What a strange sight it was as the referee walked back on after looking at the review monitor.

The Tunisian fans roared in approval though it was not enough to take them to the next round. Khazri dribbled into the box in the 58th minute and slipping the ball past backup goalkeeper Steve Mandanda, who at 37 is the oldest Frenchman to play in a World Cup match. Tunisia’s win also ended France’s six-match winning streak at the World Cup.

Tunisia had also threatened early on, with Nader Ghandri flicking the ball into the net off a free kick but the play was ruled offside.