CR7, the Red Devils' top goal scorer this season with 12 league goals, will be back after missing their 1-1 draw with Leicester City 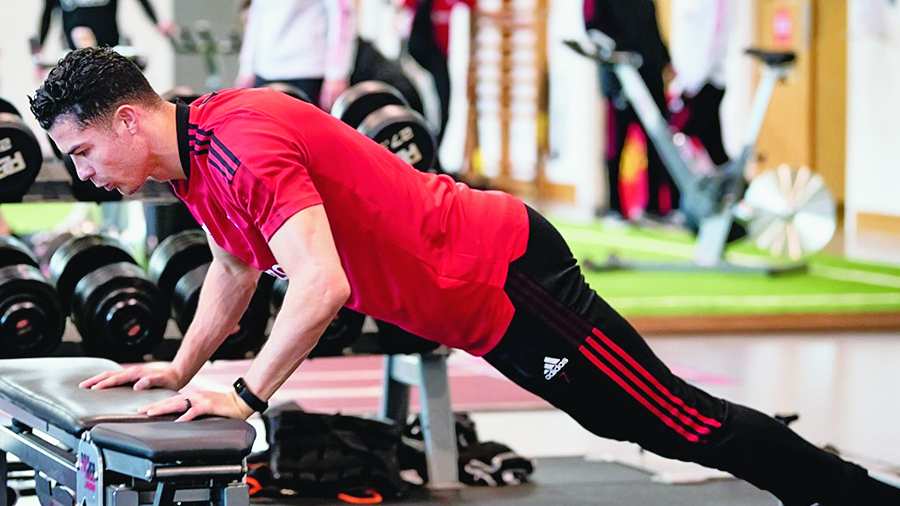 Manchester United forward Cristiano Ronaldo will return for their Premier League clash with Everton after overcoming illness but defender Luke Shaw will be unavailable for up to three weeks, interim manager Ralf Rangnick said on Friday.

Ronaldo, United’s top goal scorer this season with 12 league goals, will be back after missing their 1-1 draw with Leicester City last weekend while Shaw is set for a spell out due to follow-up treatment for a broken leg sustained in 2015.

“Cristiano is back again,” Rangnick told reporters ahead of Saturday’s game. “Luke is still injured, we had to take him off at half time (against Leicester), he’s had his problems with his leg where he had the operation in 2015.

“The doctor told me they decided to remove two metal bolts in his leg and this will happen tomorrow (Saturday) and he will be out for the next two or three weeks.

“Edinson Cavani is still injured, Raphael Varane is injured and will miss out again tomorrow and the same is true for Scott McTominay, he’s having problems with the sole of his foot.”

Rangnick, whose side are seventh with 51 points from 30 games, said their mentality, attitude and physicality would play a crucial role against Everton who are a point and a place above the relegation zone.

“These factors will decide the game,” Rangnick said. “We’re aware of the importance of the game for both sides.”

Rangnick’s tenure is set to end after this season, with Ajax Amsterdam boss Erik ten Hag a candidate to take over, but the interim boss was not drawn into talk about his successor.

“I don’t intend to speak about any possible new managers,” Rangnick said.

“From what I know, all the managers with whom the club have so far spoken are top managers, top coaches. If this includes Erik ten Hag, then it’s also true with him. That’s all I can say at this stage.”

Everton boss Frank Lampard said the constant pressure and calls for him to be sacked come with the territory after he took over the reins of the flailing club. Lampard, who started his career with second-tier Derby County, managed Chelsea for one-and-a-half seasons before he was sacked in January 2021 following a poor run of form.

“In my relatively short managerial career, I probably spent 18 months at Chelsea where it was the same and I was always two or three games from the sack,” Lampard told reporters.

“Maybe that is a symptom of football and the Premier League.”

Barcelona were shaken up by Eintracht Frankfurt but took a first step in their bid to reach the Europa League last four as a second-half goal by Ferran Torres salvaged a 1-1 comeback away draw in their quarter final first leg on Thursday.

Torres cancelled out Ansgar Knauff's first-half opener in a lively clash at the Waldstadion, which the hosts finished with 10 men having put the competition favourites on the back foot.
In the other last eight ties, West Ham United battled to a 1-1 home draw versus Lyon.

Jarrod Bowen opened the scoring in the 52nd minute after a Jerome Boateng blunder, only for Tanguy Ndombele to level for the visitors after 66 minutes. Rangers lost 1-0 at Braga, with Abel Ruiz finding the net.  Atalanta and RB Leipzig drew 1-1. Luis Muriel put the visitors ahead and  Leipzig levelled  later. (Reuters)