Second-tier Forest, who had already knocked out Premier League sides Arsenal and Leicester City en route to the quarter finals 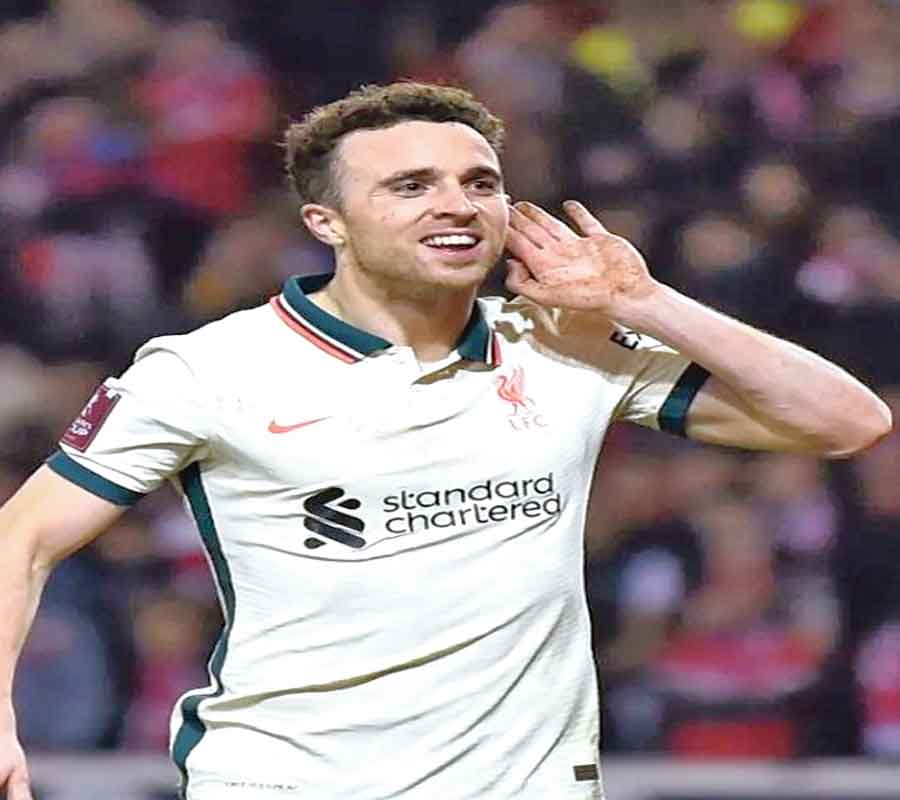 Diogo Jota of Liverpool after scoring the winner against Nottingham Forest on Sunday.
Twitter
Agencies   |   Published 22.03.22, 03:45 AM

Second-tier Forest, who had already knocked out Premier League sides Arsenal and Leicester City en route to the quarter finals, held their own in the first half, with Joe Lolley wasting a glorious chance to break the deadlock.

A much-changed Liverpool struggled to create chances in the opening period, and survived another scare early in the second when Keinan Davis almost squeezed the ball home, but away goalkeeper Alisson recovered well to smother it.

The home side continued to take the game to Liverpool, with Philip Zinckernagel missing the best Forest chance of the night moments before Jota pounced 12 minutes from time to poke home the winner, breaking hearts all around the City Ground.

It was anything but a deserved victory for Liverpool, who were restricted to mostly efforts from distance by Forest, but Jota’s clinical finish at the crucial moment made all the difference, meaning they remain in sight of winning four trophies this season.

“It was obviously a tough game,” Jota said. “They (Forest) are a great team and play with a lot of intensity and they gave us a proper fight.”

Forest left 97 seats vacant to honour the fans who died at the Hillsborough Stadium in April 1989 when the two sides last met in the competition.

Ninety-four Liverpool supporters were crushed to death in an over-crowded and fenced-in enclosure at the stadium in Sheffield before an FA Cup semi-final between Liverpool and Forest. Three other victims succumbed to their injuries, with the 97th dying last June, 32 years after suffering severe and irreversible brain damage.