'Someone needs to address this problem as soon as possible' 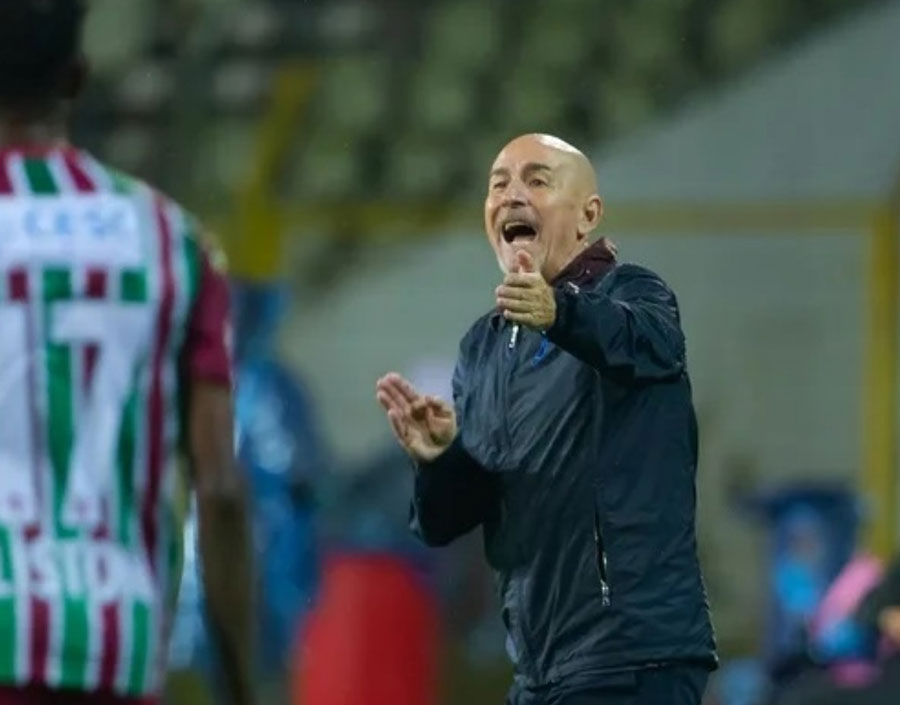 After Seiminlen Doungel put Jamshedpur ahead with a good strike from inside the box in the 37th minute, substitute Alex Lima made it 2-0 six minutes before regulation time. Pritam Kotal gave ATK Mohun Bagan a glimmer of hope by reducing the margin in the 88th minute but Antonio Lopez Habas’s men could not find the target again.

ATK Mohun Bagan, who were routed by Mumbai City 5-1 last week, have now conceded nine goals in four matches and slid out of the ISL top-four. They have also suffered back-to-back defeats in the top flight league for the first time.

It’s surprising to see ATK Mohun Bagan struggle like this after playing breathtaking football in the first two matches.

Habas pointed a finger at the match officials. “The refereeing was appalling once again. Someone needs to address this problem as soon as possible,” he fumed.

The Spaniard was seen complaining about the match officials on the sidelines every time a decision went against ATK Mohun Bagan. Last year’s runners-up seemed to be on the wrong side of refereeing when, midway through the second half, the ball looked to have grazed the hand of Jamshedpur FC defender Eli Sabia inside the box. The ATK Mohun Bagan players first protested and then pleaded but referee Rowan Arumughan stood his ground. But ATK Mohun should also consider themselves lucky to end the match with 11 players after Hugo Boumous, in retaliation to Pranoy Halder’s nasty tackle on him, shoved the Indian to the ground. Both were shown yellow cards.

For Jamshedpur FC, one player stood out — the youngster Jitendra Singh. He was the livewire in the midfield and also had his maiden assist when he fed Doungel after Boumous had lost the ball in the ATK Mohun Bagan half. Doungel made no mistake.