The Spanish defender this year pledged to ensure 3,000 trees were planted in the Amazon rainforest for every Arsenal win 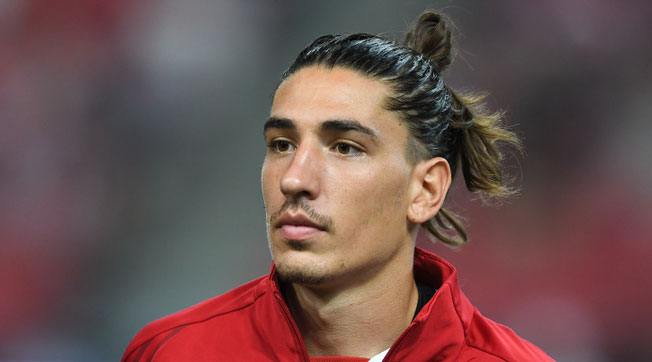 Bellerin, who this year pledged to ensure 3,000 trees were planted in the Amazon rainforest for every Arsenal win, said he was excited to join Rovers’ green revolution.

“It’s important that I invest in things I am passionate about — and I’m excited to help push football into having a sustainable future,” the 25-year-old, himself a vegan, told the club’s website.

Forest Green Rovers play at the New Lawn Stadium in Gloucestershire and will begin their League two fixtures at Bolton Wanderers this coming weekend.

The club, owned by green energy entrepreneur Dale Vince, has been widely praised for its work in addressing climate change and has been declared ‘carbon neutral’ by the United Nations.

It serves only vegan food, the grass pitch is 100 per cent organic, the lawnmowers are powered by solar energy and the players even wear shin pads made of bamboo rather than plastic.

Plans have also been approved for the world’s first all-wood stadium designed by Zaha Hadid Architects.

“Forest Green Rovers prove to clubs who say ‘they don’t have resources to be sustainable’ — that it is possible,” said Bellerin.