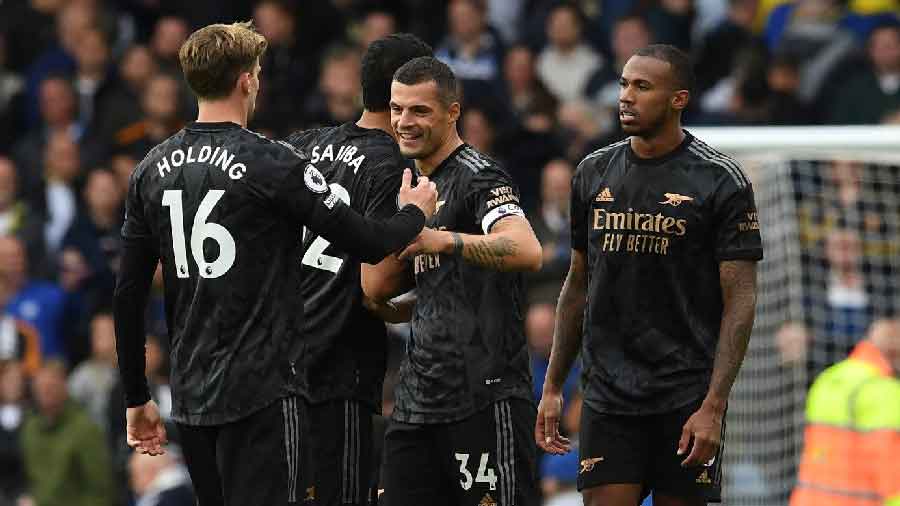 Arsenal handed Leeds United their first home loss of the season with a frantic 1-0 victory at Elland Road on Sunday to remain top of the standings following their best-ever start to a Premier League season.

In a match that was suspended for 38 minutes shortly after kickoff due to a power cut at the stadium, Arsenal were under intense pressure from an energetic Leeds side who pressed hard in a frenetic first half. Bukayo Saka opened the scoring for Arsenal against the run of play in the 35th minute when he latched on to Martin Odegaard's through-ball to smash his shot over keeper Illan Meslier's head from a narrow angle.

Leeds had an opportunity when William Saliba handled the ball in the box, with VAR asking referee Chris Kavanagh to take a second look before a penalty was awarded, but Patrick Bamford's strike went wide to give Arsenal a huge let-off. Leeds were awarded another penalty when Kavanagh sent off Gabriel in added time for kicking out at Bamford, but a VAR check revealed the striker had pushed him to the ground first and the referee reversed the decision.

Arsenal failed to produce anything of note in the second half but did enough to stop the waves of Leeds attacks and take all three points. Leeds are 15th in the table.