Raising money from making such a long trip was of course a headache: Author 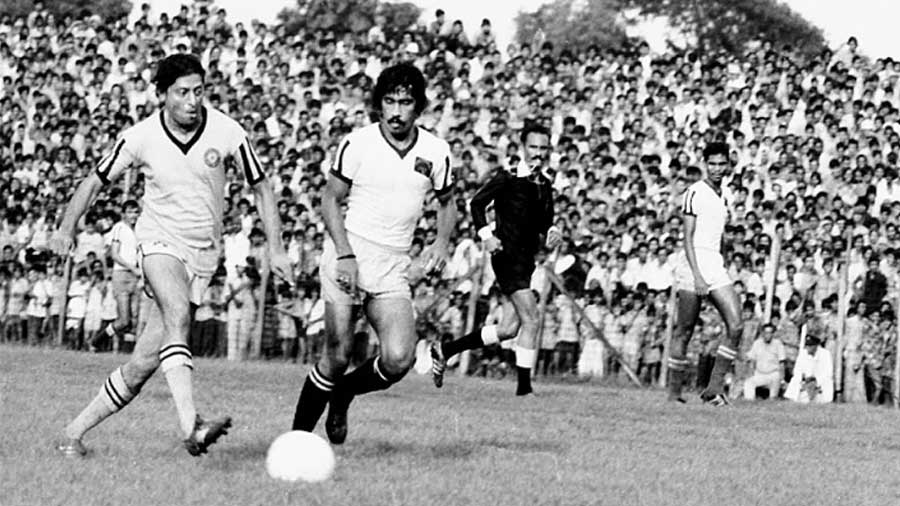 The lackadaisical attitude of the erstwhile All India Football Federation (AIFF) brass was the sole reason for India missing a chance to play the 1950 FIFA World Cup, according to a new book on the history of the national football team.

The new book Box to Box: 75 years of the Indian football team, edited by noted football journalist Jaydeep Basu and young journalist Sayan Mukherjee, is a collection of essays and interviews from prominent players of yesteryears as well some of the best football writers in the country.

It traces the journey of the national team since independence, how it became the champions of Asia during its 'golden period' and how it faded from 1970s onwards.

The book, which hit the stands this month, is a treasure-trove of facts, interesting anecdotes, cultural roots of football, untold and forgotten stories and first person interviews of the some of the finest stars of the game like Tulsidas Balaram, Sudhir Karmakar and Bhaichung Bhutia.

In the essay titled The Blunder of the Century, Basu debunked several theories on India not sending a team in the 1950 World Cup after the national team qualified for it following withdrawals of Burma (now Myanmar) and the Philippines.

"...there was no specific reason behind the move except the lackadaisical attitude of AIFF officials. There was no question of FIFA objecting to Indians playing barefoot -- it's a fancy theory generated much later," Basu, considered an authority on Indian football, wrote.

"Raising money from making such a long trip was of course a headache. But the problem was solved as three state associations came to the AIFF's rescue. FIFA too promised to help. A camp was also organised for a short period in Calcutta (now Kolkata)."

"But what finally resulted in the trip failing through was the indecisiveness of the AIFF brass. They dilly-dallied things till the last moment, held a series of meetings, but still could not reach a decision. At the last moment, when the World Cup was only a couple of weeks away, they took refuge behind lame excuses to cancel the trip."

The decision not to send the national team was hardly criticised as the World Cup was yet to reach its pinnacle of glory then. The Olympic Games were more prestigious than the World Cup at that time.

AIFF was then under the helm of president Moin-ul-Haq and general secretary M Dutta Ray.

Seven or eight players of the Indian team that lost 1-2 to France in the 1948 London Olympics played barefooted but the book revealed that all of them had spike boots in their travel bag and it was their choice not to wear them.

Many players in those days prefer to play with only a heavy taping on their feet, instead of wearing boots.

The romance of barefooted football eulogised by "we play football and you play boot-ball" comment by captain Talimeren Ao continued till 1954 when most nations had already switched to boots long before.

It needed a 1-10 humiliation at the hands of then Yugoslavia in the 1952 Helsinki Olympics, the biggest margin defeat till now, to hasten the switch from barefoot to boots.

Interestingly, the book also claimed that Pakistani hockey team supported the Indian football players who were at the receiving and of the nasty treatment from the Indonesians during the final match of the 1962 Jakarta Asian Games against South Korea.

"India played under constant jeering from the crowd. They were booed every time they touched the ball and abused whenever they started a move. The rest of the Indian (Asian Games) contingent had already left Jakarta a day before and there was hardly anyone in the stands to support India, except from an unexpected quarter in one corner.

"The Pakistan hockey team, who had beaten India 2-0 in the final the previous day, was there in full strength to watch the football final. And they were cheering for India!" the book said in the essay titled High Noon at Jakrata.

India, captained by Chuni Goswami, won the final 2-1 through goals from PK Banerjee and Jarnail Singh to clinch their second Asan Games gold medal after the 1952 triumph at home.

The book contains write-ups from notable football writers of the country, including Dhiman Sarkar, Marcus Mergulhao and Siddharth Saxena.