Cristiano strikes when it matters 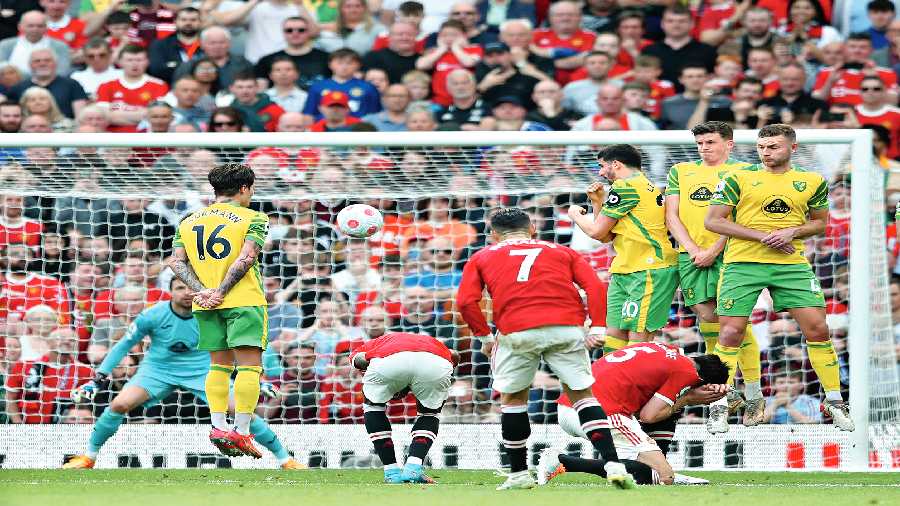 With Tottenham Hotspur losing 1-0 at home to Brighton , the door was open for United to close in on the Champions League qualification places with victory over bottom side Norwich and they just about took advantage.

A first-half double from Ronaldo seemingly put the hosts on course for a comfortable win, with Norwich struggling to keep pace.

However, Kieran Dowell’s goal out of nowhere in first-half stoppage time got the visitors back in the contest, before Finnish forward Teemu Pukki completed the Norwich comeback to stun Old Trafford into silence seven minutes after the break.

United’s France midfielder Paul Pogba was booed by his own fans as he was substituted before Ronaldo stole the show once again with a sensational winner 14 minutes from time to drag United out of the mire once more.

The win, United’s first in four games in all competitions, moved them above Arsenal, who lost 1-0 at Southampton, into fifth on 54 points from 32 matches, with Spurs now just three points in front. Norwich stay bottom on 21 points.