‘We have a lot of things to achieve, not only the AFC Cup… We need to be able to think forward always and that is what we aim to do’ 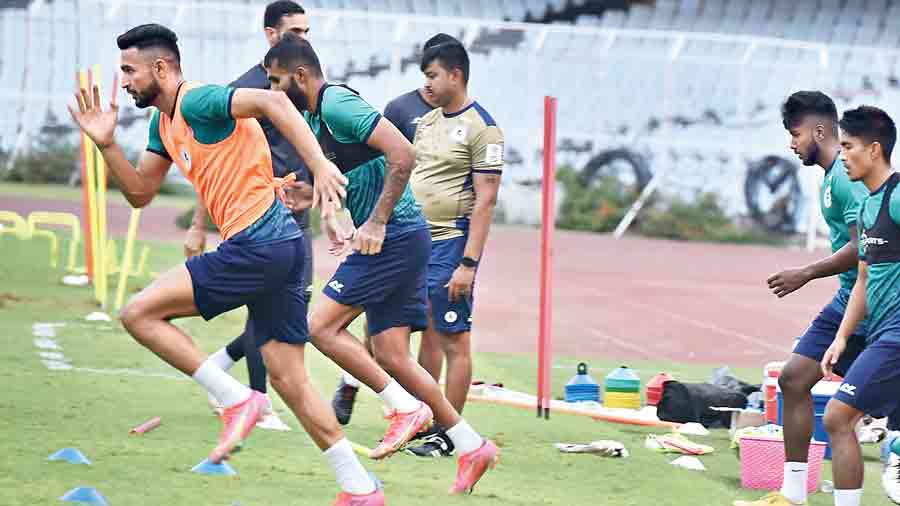 ATK Mohun Bagan are eyeing the AFC Cup as an opportunity for them to make up for the disappointment of missing glory in the Indian Super League (ISL). They face Sri Lankan side Blue Star FC in a preliminary round 2 match at the Salt Lake Stadium on Tuesday.

The desperation to salvage the season was evident in midfielder Joni Kauko’s words. “After the disappointing ISL season, it’s our chance to show what we can do. It’s a good opportunity. We’ll work hard and let’s see where it takes us,” Kauko, who was part of the Finland squad which played in Euro 2020, said on the eve of the game.

“There’s not really much that we can do about the past. Obviously, the longer the team is together the longer we’re training, the little things what we’re missing in the ISL season can be fixed.

“We have a lot of things to achieve, not only the AFC Cup… We need to be able to think forward always and that is what we aim to do,” Kauko added.

A win on Tuesday will take ATK Mohun Bagan to the final round of the qualifying playoffs.

ATK Mohun Bagan are firm favourites in Tuesday’s game against Blue Star. But coach Juan Ferrando wants to keep complacency away when they take on the Lankan side at the Salt Lake Stadium.

“I think it won’t be an easy game, the opponents have won their last five games. They won the last one against Nepal’s Machhindra FC. It’s 90 minutes and it won’t be easy as it’s an international competition,” Ferrando said at the pre-match media conference.

The Spanish coach is satisfied with the preparation his team has got before the match. “My aim all the time is to play at the highest level.

“Of course everyone is ready, but the most important thing for me is the mentality. Twenty days ago, it was difficult for us to lose the (ISL) semi-finals and lose the championship in the last game. But they’re good players with a strong mentality.”

ATK Mohun Bagan are likely to miss the services of Roy Krishna and Sandesh Jhingan. “Roy has some (visa) issues with the embassy but he’s ready to help the team. We’ll see what happens with the squad, but at this moment everyone is ready and Williams is there to make up.” Jhingan is nursing an injury which he picked up during his international outing against Belarus on March 26.

“I’m thinking about myself and the coaching staff and we’re very happy, as our job is to help the players. And it’s important that the supporters are close to us,” he said.

Blue Star SC players are a bit disturbed as their country is dealing with an economic crisis. The team also suffered a hiccup with the kits of some of their members going missing when they landed in the city on Sunday. The missing baggage arrived from Chennai late on Monday afternoon.

“The country is facing a huge crisis. It is obviously at the back of our minds, but when we are playing an international game, we are representing the country. We know ATK Mohun Bagan are a good side but we are ready to give our best on the field,” Blue Star coach Banda Samarakoon said.

“We didn’t get the time to prepare for this game. Our plan was to come here directly from Kathmandu after the game we played against Machhindra FC but we had to go back to our country due to some visa issues and we landed here only on Sunday,” Samarakoon said.