‘If you give energy and you play in the way Son played, everyone is happy’ 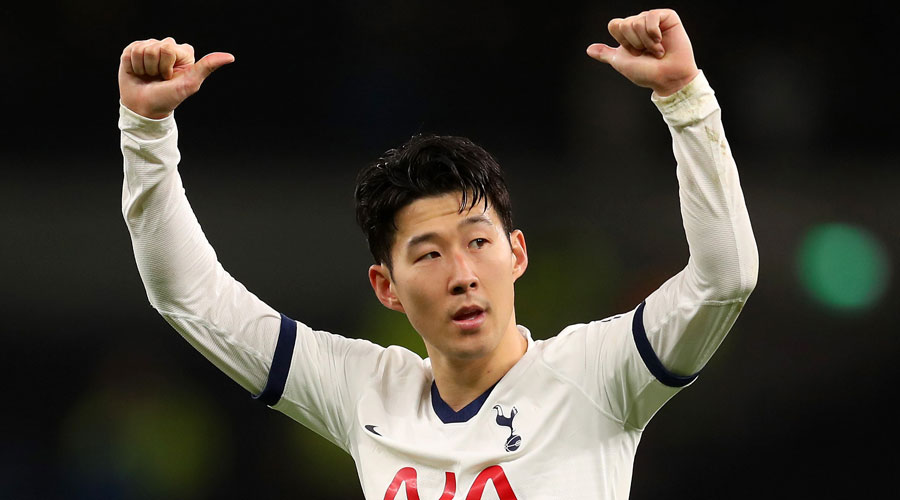 Tottenham Hotspur manager Antonio Conte got the response he could only have dreamed of when Son Heung-min reacted to being made to start on the bench with a stunning hat-trick to seal a 6-2 win over Leicester City on Saturday.

After going eight games in all competitions without a goal, Conte left South Korean forward Son out of the starting line-up for Saturday’s Premier League clash. Coming on around the hour mark to replace summer signing Richarlison, Son scored three times in 14 minutes.

Son was the joint-highest scorer in the Premier League last season with 23 goals but has lacked his usual sharpness this season and Conte stood by his decision to leave him out of the starters. “I am really happy for Sonny today, you know what I think of the player,” Conte told Sky Sports.

“I said to him if you’re going to score three goals in 30 minutes maybe we can repeat this experiment, but I was joking. I’m lucky, I have a really good group of players that are really good people. We have to start thinking in a different way if we are going to make the next step.”

Explaining his decision in more detail, Conte added: “I was a player. Every player wants to play every game but you lose physical energy and mental energy.

“Sometimes you don’t understand this and think you can play but the performance goes down. Rotation is good for the team and for player welfare. If you give energy and you play in the way Son played, everyone is happy.”

With Son back in form, Harry Kane scoring his sixth Premier League goal of the season, Richarlison already making an impact, Dejan Kulusevski continuing to impress and Lucas Moura still to come back from injury, Conte now has a formidable array of attacking options. He believes such competition for places is the only way Tottenham can maintain a title challenge.

“At some points I have to take important decisions. I want to bring this team to think with a superior level, not to stay in the middle,” Conte told reporters.

“Sonny will never be a problem. He’s an amazing player, one of the two best players in my team with Harry.”

Under-pressure Leicester City manager Brendan Rodgers said he would respect any decision made about his future by the club’s owners. “I come in every day and do my work. I totally understand the frustration of supporters. Whatever happens I’ll have a huge amount of respect for them (the owners) because they’ve given me great support.”

Despite his perilous position, Rodgers sounded a defiant note, saying he was still confident he could turn it around. Rodgers had raised eyebrows when he appeared to criticise the owners over Leicester’s lack of strengthening in the summer transfer window.

Manchester City manager Pep Guardiola said he has always retained his trust in Jack Grealish after the midfielder scored his first goal of the season in a 3-0 Premier League victory over Wolverhampton Wanderers on Saturday.

Grealish opened the scoring after having been criticised for a lacklustre performance in the Champions League win over Borussia Dortmund, as well as a lack of goals and assists since his £100 million transfer from Aston Villa last year. “I’ve always said if you are here, it’s because I trust them unconditionally, all of them. I know them,” Guardiola told reporters after the win.

“He scored a goal and it was a good performance. Every time he has the ball it’s one-against-one against the full-back all the time. “OK, he didn’t score or assist (in previous games), but it’s a question of time,” he said.

“Of course I am happy for him, for the victory, for his incredible personality to play.” Guardiola added that he liked what he saw of the partnership between Erling Haaland and Julian Alvarez, with the pair playing side by side towards the end of the match after Alvarez was brought on as a substitute in the 71st minute.