‘We are favourites and we are not hiding from that fact’ 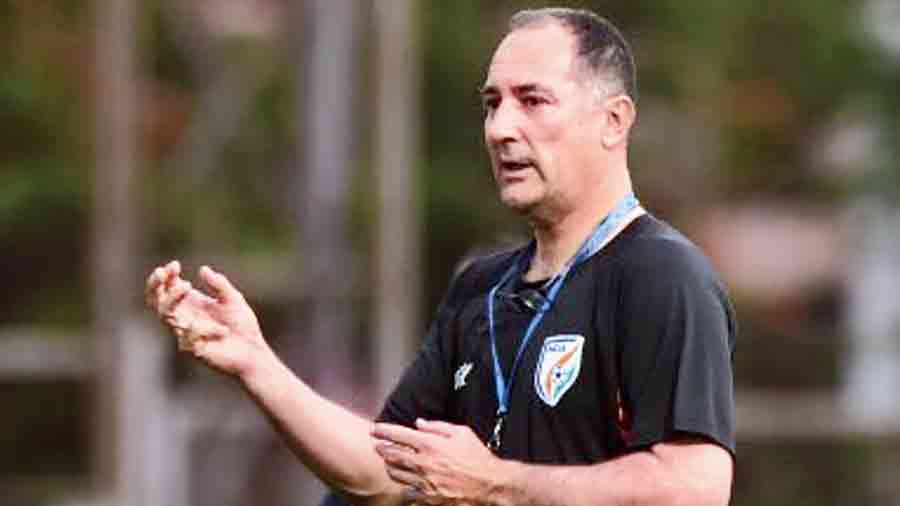 “We are favourites and we are not hiding from that fact. We are confident and we will go to the pitch and try to earn a spot. But I see India in the Asian Cup main tournament, no doubt about it,” Stimac said during a virtual press conference on Tuesday.

“I’m interested in the final result in a way that we qualify for the Asian Cup. That’s our aim. I don’t mind how many points or how many goals we score. Our aim is to qualify.

“Of course, if we make it if we make three wins, that would be fantastic. That’s what we are aiming for. But my aim is to qualify.”

India play the third round of the Asian Cup qualifiers here at the Salt Lake Stadium, which hosts the round robin group D league comprising Afghanistan, Hong Kong and Cambodia, from June 8.

Thirteen teams have already qualified and another 11 spots — six group toppers and five best runners-up — are up for grabs during the final phase in June. The AFC Asian Cup 2023 will he held in China from June 16 to July 16.

Though confident of doing well in at home, the former Croatian international stays cautious.

“From our previous experiences we know that Afghanistan is a team of strong, tough guys full of confidence and international experience. They play a different kind of football.

“We are still waiting for the detailed inputs on Hong Kong to see how much they have changed with the inclusion of three Brazil-born players of Hong Kong decent (forward Wellingson, midfielder Diego Eli Moreira and defender Tomas Maronesi),” Stimac said.

“The inclusion of foreign players (of native descent) gives you extra strength on the pitch and we need to find out how good they (the Brazilians in Hong Kong) are. I am looking for some final inputs on Cambodia before we prepare our strategy,” he said.

The India team is in the city for their preparatory camp. They will play two practice games here, one against ATK Mohun Bagan on Wednesday and the other versus I-League all stars on May 17 before flying to Doha to play two more friendlies against Zambia (May 25) and Jordan (May 28) in the build up to the Asian qualifiers.

India captain Sunil Chhetri will return to the national team during Asian Cup qualifiers. The 37-year-old striker will return to action after six months, having last played for India during their 3-0 win over Nepal in the SAFF Championships final in October.

Stimac said Chhetri is back to his full fitness and will be the “main force and strength” of the team. “Sunil is here, he’s in great shape,” Stimac said.

“We didn’t involve him in Bahrain and Belarus games because he needed time to recover from some minor problems he was facing through the last couple of years.

“That time has served Sunil very well. He has recovered well. He’s showing that on the training pitch every day and at this point he will be the main force and strength of the Indian national team up front,” the coach said.