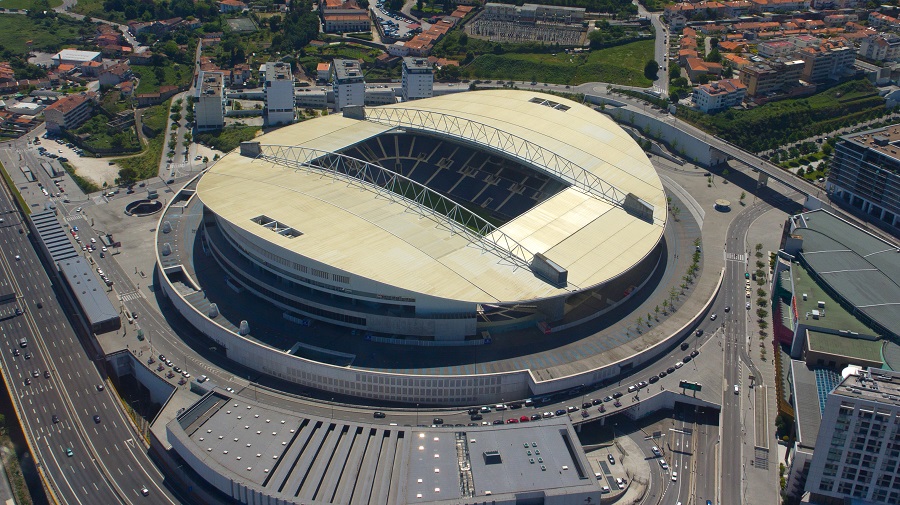 The race for the Premier League title is over with Manchester City crossing the finish line after Leicester City beat Manchester United on Tuesday. So is the case with Serie A, as Inter Milan clinched their first title in ten years earlier this month, with Juventus struggling to make it to the top four. And for the La Liga crown, there’s an ongoing three-way fight involving Real Madrid, Barcelona and Atletico Madrid.

The Champions League has also reached its ultimate stage, with City and Chelsea ready to battle it out in an all-English showdown on May 29. But there’s a twist in the tale as the Ataturk Olympic Stadium in Istanbul will not host the final. Turkey is grappling with the coronavirus crisis and the United Kingdom has put the country on its ‘Red List’.

While London’s Wembley Stadium was being considered as an alternative, Portugal’s Estádio do Dragão will host the UCL final, UEFA has announced. This is a repeat of last year’s events, when the UCL final was shifted from the Ataturk Olympic Stadium to Estadio da Luz in Lisbon due to the Covid-19 pandemic.

The UEFA Champions League final between Man. City & Chelsea will be held at the Estádio do Dragão in Porto.#UCL | #UCLfinal pic.twitter.com/mYmewt1hqH

Diego Simeone’s Atletico Madrid are taking rapid strides towards the La Liga crown, as they beat fifth-placed Real Sociedad 2-1 at the Wanda Metropolitano last night. Atletico were ahead in the game, thanks to early strikes from Yannick Carrasco and Argentine forward Angel Correa. Carsco scored in the 16th minute, while Correa ensured a healthy lead in the game in the 28th. Sociedad, despite Atletico’s early dominance, tried to make their way back into the game, and defender Igor Zubeldia scored in the 83rd minute.

There were fireworks at the Metropolitano after Atletico's win. “We could hear them. There are two games left but that's a lot. Everyone is losing points in this league. We have two finals ahead of us,” Atlético captain Koke Resurrección was quoted as saying by the Associated Press.

Atletico have two more games to go -- one against Osasuna on May 16 and the last one against Valladolid on May 23.

Chelsea, who desperately want to consolidate themselves in the top-four of the Premier League table, lost 0-1 to Arsenal in their last night's clash at Stamford Bridge. A defensive blunder by Chelsea helped Arsenal striker Pierre-Emerick Aubameyang set up a 16th minute goal for Smith Rowe, ensuring an early lead for the Gunners. Arsenal were tactical enough to hold on to their advantage throughout the game.

Chelsea boss Thomas Tuchel is somewhat blaming himself for the loss. “Maybe I made too many changes from the last match so I take full responsibility for that, and maybe it’s the last wake-up call for us. I felt it a little bit coming in training yesterday and I’m a bit unlucky that it is proven today on the pitch. We had three days to prepare, we had a good run and were in a good mood, but the choices were not so good on my side for the lineup so this is on me. We were unlucky but we did everything today to lose. I’m not happy with my lineup, I should not have done it like this,” Tuchel was quoted as saying by The Guardian.