Fightback from Rahkeem Cornwall keeps Windies in the driving seat

West Indies went to the close on 268 for eight, a first-innings lead of 99 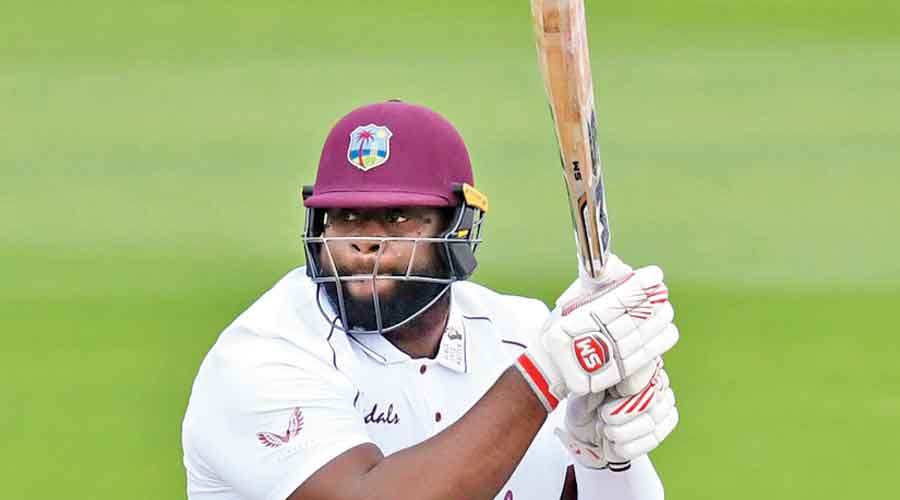 Sri Lanka seamer Suranga Lakmal took five wickets to rip through the West Indies middle order but a fightback from all-rounder Rahkeem Cornwall kept the hosts in the driving seat after the second day of the first Test on Monday.

West Indies went to the close on 268 for eight, a first-innings lead of 99, which could already be decisive on an abrasive surface that will get harder to score on.

Cornwall, who was born in Antigua, had his maiden Test half-century and was batting on 60 having put on an excellent stand of 90 for the eighth wicket with the more circumspect Joshua Da Silva, before the latter was out just before the close for 46 from 124 balls.

The hosts will hope to drive home their advantage after winning the toss and sending Sri Lanka into bat.

They dismissed the visitors for 169 inside 70 overs on the opening day as seamer Jason Holder took 5 for 27 in his first Test appearance since being replaced as West Indies captain.

West Indies were in trouble in their reply after starting the day on 13 without loss.

Lakmal (5/45) had skipper Kraigg Brathwaite caught by Dhananjaya de Silva at second slip for three with a ball that moved away from the right-hander, and repeated the trick to dismiss left-handed Kyle Mayers in the same fashion after the latter had compiled a stylish 45.