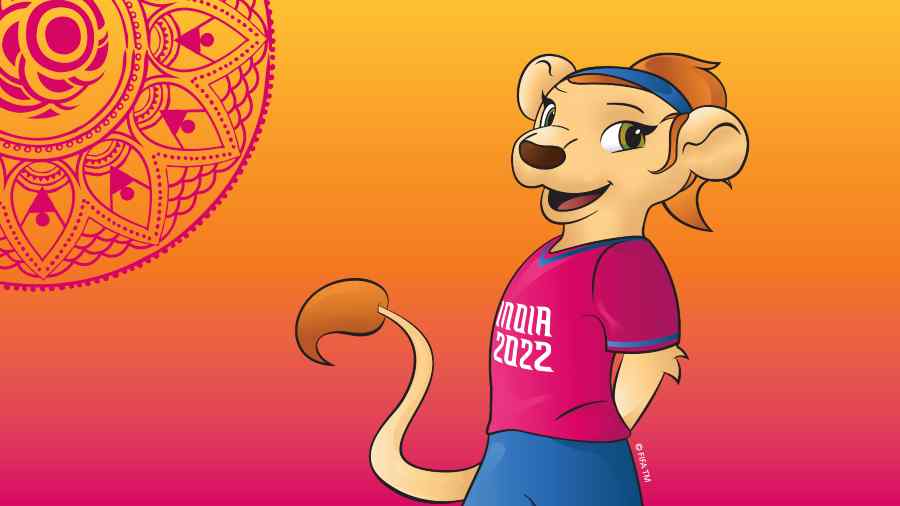 According to a release issued by the global body, Ibha aims to inspire women and girls across India and around the world to realise their potential.

The tournament will be held in India from October 11-30 next year.

The announcement coincided with the International Day of the Girl Child.

"Ibha is a strong, playful and charming Asiatic lioness that aims to inspire and encourage women and girls by using teamwork, resilience, kindness and empowering others."

In addition to the meaning behind her name, which approximately translates in Khasi as "one with good vision or judgement", Ibha also hopes to encourage girls in India and around the world to take the right decisions and reach their full potential.

"Ibha is a really exciting and inspiring character, one that young fans across India and around the world will have huge fun enjoying and interacting with in the lead-up to the FIFA U-17 Women's World Cup in India next year," said Sarai Bareman, FIFA Chief Women's Football Officer.

"2022 is on course to be a hugely significant year for women's football, with future stars of the game set to showcase their skills in India just nine months before the FIFA Women's World Cup kicks off in Australia and New Zealand in 2023.

"Through the platform of the FIFA U-17 Women's World Cup, Ibha will play an important role in engaging with fans, as well as encouraging and inspiring more women and girls across India and beyond to take part and play the game."

All India Football Federation President and Local Organising Committee (LOC) chairman Praful Patel added: "The launch of the official mascot Ibha is yet another significant milestone achieved on the road to hosting the FIFA U-17 Women's World Cup India 2022.

"Ibha symbolises courage and strength, which are core qualities of every woman, while also embodying the vibrance and visionary spirit of the tournament."