‘Felt like I beat the virus’: Shiva Thapa on record fifth Asian medal 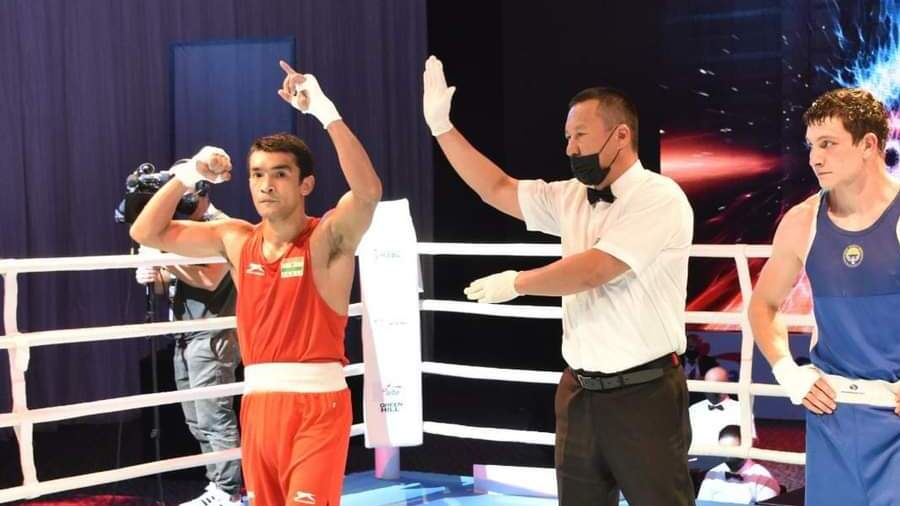 Shiva Thapa still can’t quite believe that securing a fifth successive medal at the prestigious Asian Boxing Championships is “some sort of an unparalleled achievement”. All he felt after being assured of it was a “sense of triumph over that wretched coronavirus”.

The 27-year-old became the most successful Indian male boxer in the history of the tournament by advancing to the semifinals of the ongoing edition in Dubai. His first was a gold in 2013, followed by a bronze in 2015, a silver in 2017 and another bronze in 2019.

“Wow! I didn't really know that it would mean so much statistically,” the seasoned boxer told PTI from Dubai as he geared up for the 64 kg category semifinal clash against defending champion Bakhodur Usmonov of Tajikistan on Friday.

“I never thought I would be the first to do something like this. It is a good record to have against your name. Also makes me realise how time has flown. Is it that long since I first competed at Asian championship?” he wondered.

So which among the five is his favourite?

“Every medal has its own story, there can't be favourites. Through these medals, I have been part of different teams, and worked with different coaches. I am the constant along with a handful of people who have stood by me through everything," he said.

And when asked about the story of this medal, he said, “The pandemic. This whole situation that the world is in. To be able to compete and win medals in such a time. Psychologically, it felt as if I have beaten the virus for once.”

He can't be faulted to have felt that. Last year, at the Cologne World Cup in Germany, Thapa was forced to withdraw midway into the tournament and placed in quarantine after a support staff member tested positive for Covid-19 and he was deemed a close contact.

Those were “difficult” days for him.

“This Asian medal was like an assertion that we won't give up. That's what it meant to me this time. It is quite overwhelming actually,” said the Assamese boxer, one of the just six world championship medallists from the country.

The only other pugilist with five Asian championship medals is Kazakh legend Vassiliy Levit, an Olympic silver-medallist and two-time world bronze-winner.

But even he does not have five on the trot like Thapa at the continental meet. Women’s legends M C Mary Kom (7) and L Sarita Devi (8) have more Asian medals than Thapa with the latter having the distinction of claiming six successive, five of them gold, at the peak of her prowess.

“To be anywhere close to these women's achievements is in itself humbling. I am honoured, they are remarkable athletes,” he said.

Thapa has endured a couple of topsy-turvy years.

A two-time Olympian, he will not be there at the upcoming Tokyo Games after Manish Kaushik secured the 63kg category quota. He is disappointed about it but also able to see the brighter side of circumstances.

“Perhaps it's a sign that I have to keep going, try harder, that's what an athlete is supposed to do. We can't give up. Obviously nothing compares to the Olympics, it is the biggest but you have to give your best in the opportunities you get, I am trying to do that,” he said.

“You keep giving your best and eventually the results come. Every moment is a blessing, I live by that,” he asserted.

Thapa is also grateful for how India's sports administration has “worked round the clock” to ensure that athletes are well taken care of during a difficult time.

“The Sports Authority of India, the boxing federation and the sports ministry, they have all done an unbelievable job in ensuring that we get to train and compete. It's a privilege quite frankly,” he said.

“The circumstances are such that we have been in lockdown, training in a bubble with no contact with outsiders. It can all get very draining mentally but we have been looked after quite well. There is a robust support system, which is very reassuring in an individual sport,” he added.