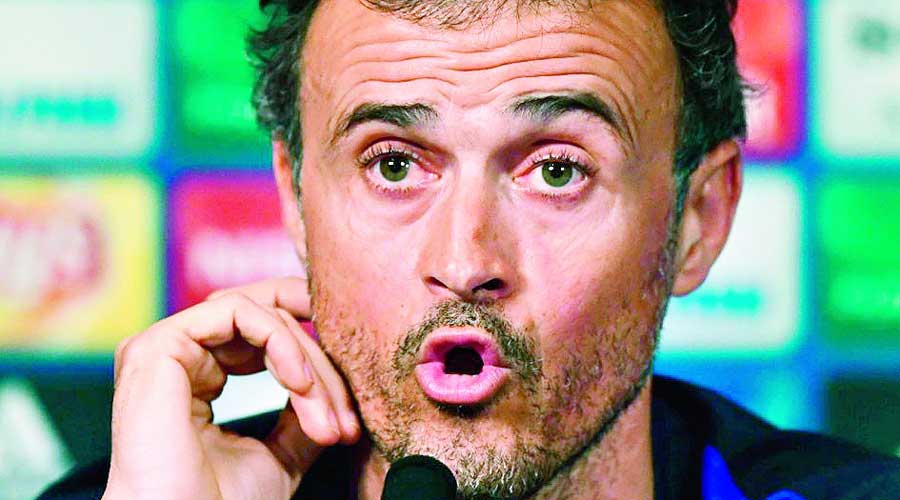 Spain coach Luis Enrique rued missed chances from his side in their 0-0 European Championship draw with Sweden on Monday, insisting he will not be changing his style of play despite getting off to a disappointing start in the tournament.

Spain enjoyed 85 per cent possession in Seville, the highest figure for a team in a European Championship fixture since 1980 when Opta started recording the data, but just couldn’t find the net.

Álvaro Morata spurned a golden opportunity when he had a clear sight of the Swedish goal late on in the first half, while Sweden goalkeeper Robin Olsen produced two fine saves to keep out headers by Dani Olmo and Gerard Moreno in either half.

Sweden were out-passed by a factor of over five to one by Spain. The three-time Euro champions played a massive 954 passes, according to Uefa statistics, compared with Sweden’s 176. Others put the number of Spain passes at 917.

“We were by far the better team, the opposition tried to hang back, we completely controlled the game and tried to generate as many chances as possible,” Enrique told a news conference. “We did have the chances to win the game. What went wrong was that we did not take these chances.”

There will be no change in the system either, even though Spain’s possession amounted to little in Seville. “Of course, there are two games to go and we still aspire to win the group,” Enrique added. “If we cannot do that we will try to come second.”