It was another disappointing result for United, following their home defeat to Aston Villa last week 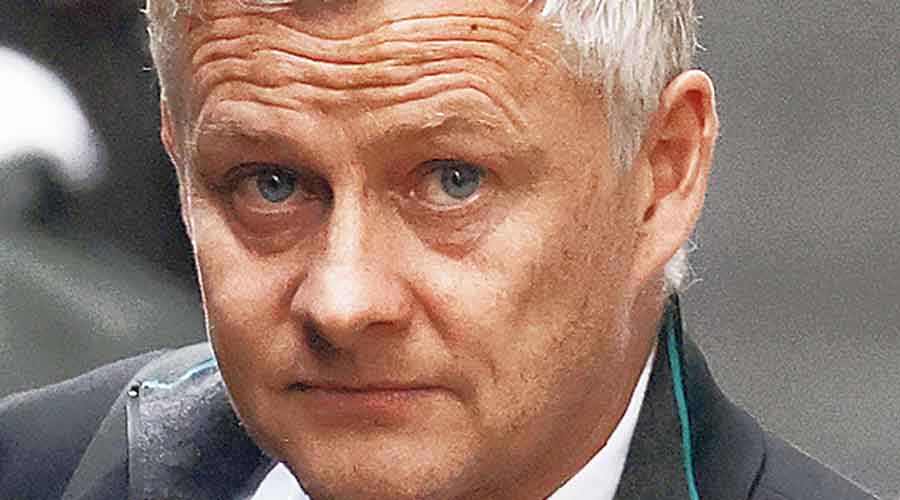 Manchester United were held to a 1-1 draw at home to Everton in the Premier League on Saturday after Andros Townsend’s equaliser cancelled out Anthony Martial’s opener for the home side.

It was another disappointing result for United, following their home defeat to Aston Villa last week, but Everton continued the impressive start they have made under Rafael Benitez.

United manager Ole Gunnar Solskjaer responded to the challenge of the quick turn-around from Wednesday’s Champions League win over Villarreal by starting Cristiano Ronaldo, Paul Pogba and Jadon Sancho on the bench — although all three were brought on in the second half.

United began brightly, with Martial heading wide at the back post and Edinson Cavani forcing Jordan Pickford into a diving save with a firm header from a nicely floated Fred cross.

Everton though were well-organised and set up to hit on the break, and the lively Demarai Gray brought David De Gea into action with a good effort after bursting in from the left in the 34th minute.

But it was a deserved lead that United took, two minutes before the interval when Mason Greenwood, showing some excellent touches on the flank, found Bruno Fernandes who expertly fed Martial, the Frenchman’s slightly deflected shot flashing past Pickford.

Solskjaer made a double substitution in the 57th minute, bring on Ronaldo and Sancho for Martial and Cavani, but the switch did not have the desired effect of finishing the game off.

Instead, Everton hit United on the counter-attack — breaking from a United corner with Gray outmuscling Fred on the left before finding the excellent Abdoulaye Doucoure who in turn slipped it outside to the sprinting Townsend, who fired low past the stationary De Gea.

The visitors looked to have grabbed a late winner when Tom Davies’ low ball was turned in by Yerry Mina, but United were handed a reprieve by a VAR review that judged the Colombian to be offside.

There was a late chance for United’s Jadon Sancho, played in by a back-heel from substitute Ronaldo, but his soft shot was easily dealt with by Pickford.

One point out of six from their last two home matches is a poor return for a team hoping to be among the title challengers, as Fernandes acknowledged.

“We should win this game. We should create more chances. We should not concede that kind of goal. It’s not the first time and we have to look at our mistakes and see what we can do,” said the Portuguese midfielder.

“We don’t look at the league table at this moment but of course we should have more points. We drop points at home and we should not do that.

“These last two games at home were not good enough in the Premier League. If we want silverware at the end of the season we have to do much better,” he added.

Chelsea got back to winning ways, beating Southampton 3-1 thanks to late goals by Timo Werner and Ben Chilwell after the Saints were reduced to 10 men at Stamford Bridge.

Blues coach Thomas Tuchel overhauled his side after back-to-back defeats by Manchester City in the English title race and by Juventus in the Champions League and he was rewarded when one of the fresh faces, defender Trevor Chalobah, put the hosts ahead.

Chelsea thought they had extended their lead twice before half-time only for the officials to rule out the efforts by Romelu Lukaku and Werner, which incensed Tuchel who earned a yellow card for his protests.

Southampton hit back with a penalty converted by James Ward-Prowse in the 61st minute.

The game only swung back Chelsea’s way when Ward-Prowse was shown a straight red card 16 minutes later for a foul on Jorginho which was picked up by the VAR officials and the hosts made their numerical advantage count.

In the 84th minute Werner scored from point-blank range and five minutes later Chilwell atoned for giving away the earlier penalty by smashing the ball in after a goalmouth scramble.

Tuchel said he was relieved that his team had not succumbed to nerves after their two defeats in the past week.

The win lifted Chelsea to the top of the table.

Promoted Norwich City earned their first point of the season and ended a run of 16 consecutive Premier League defeats as they ground out a 0-0 draw at fellow strugglers Burnley.