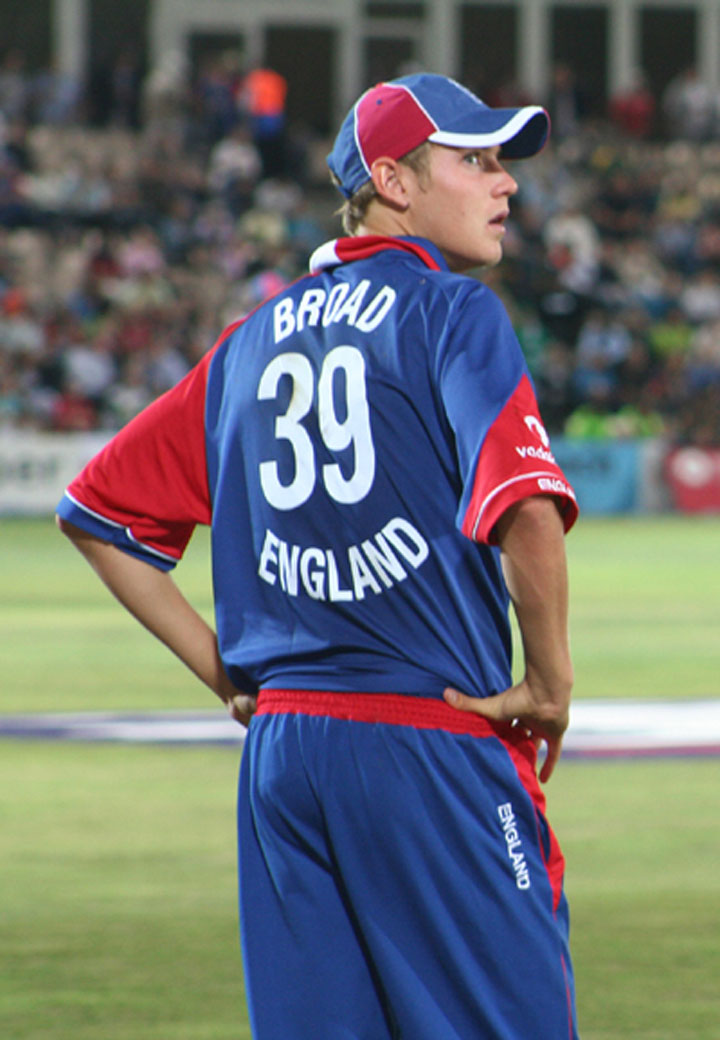 Stuart Broad has not bowled in match conditions after being laid low by flu over the past week
Wikimedia Commons
Agencies   |   Centurion   |   Published 23.12.19, 09:32 PM

England are considering an all-pace attack for the first Test against South Africa in Pretoria starting on Boxing Day, but their plans will depend on whether they can get Jofra Archer and Stuart Broad fully fit.

Both fast bowlers had net sessions on Monday and came through unscathed, but have not bowled in match conditions on the tour after being laid low by flu over the past week.

With James Anderson only recently back to full fitness after an extended spell on the sidelines, there may be concerns about any of them breaking down, but England coach Chris Silverwood said they would trust the players on how they feel.

“Broady, if he tells me he is fit then I have to believe him. He has got a lot of experience under his belt and he knows his body,” Silverwood told reporters on Monday.

“Jofra has had two good days (in the nets) and as long as his pace is up and he feels good, then he will be a serious contender for selection.”

Silverwood admits an all-pace attack on what is traditionally a bouncy pitch on the Highveld is something they are considering.

“We are looking at what is most effective on this ground. We have got some good recent results from the spin-bowling department and (Jack) Leach is coming back to fitness, we also have Dominic Bess and Parky (Matthew Parkinson),” he said.

“We have got resources there, but we are just looking at what will be most effective in this game. We are not definitely going down the route of all seam, it is something we will discuss in the next few days.”

Silverwood also had special praise for the efforts of Woakes and suggested he might shorten his length on the South African wickets to be more effective.

“We saw in the two-day fixture he did get aggressive for a while and it worked. It is something he has in his armoury and I think he enjoyed it.”

The coach said a drawn three-day match against South Africa A, which ended on Sunday, had been encouraging despite the absence of the three front-line bowlers.

The first Test, from December 26-30, at Centurion is followed by matches at Newlands, St George’s Park and the Wanderers.