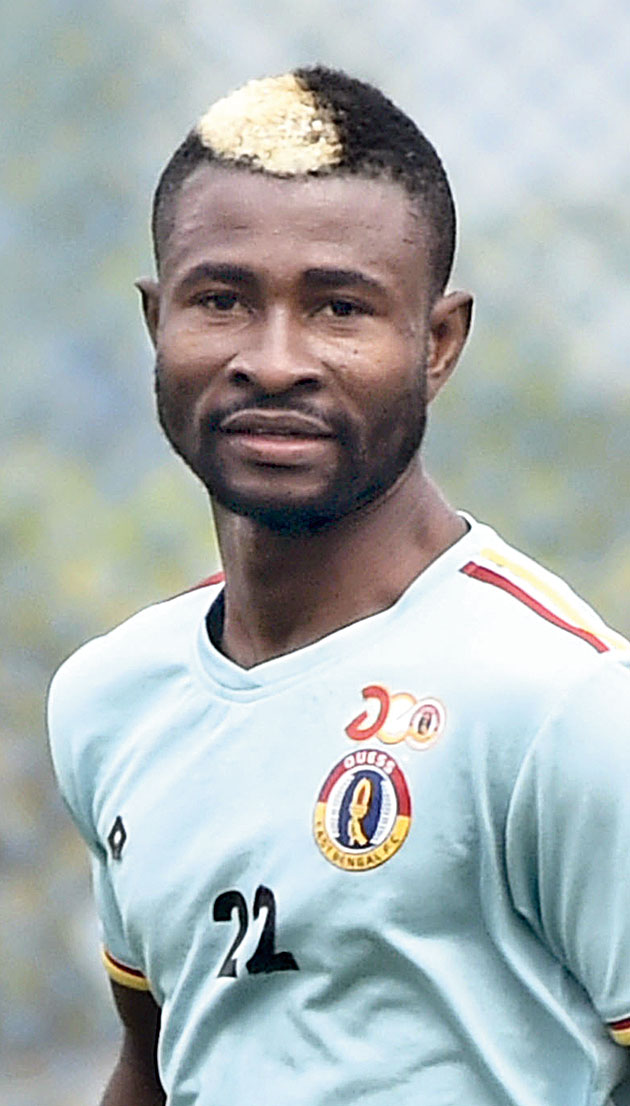 Punjab FC held East Bengal to a 1-1 draw in the I-League clash at the Kalyani Stadium on Thursday.

Ansumana Kromah gave East Bengal the lead in the ninth minute but Girik Khosla restored parity for the visitors five minutes before half-time.

East Bengal moved up to the ninth position on the league table with 12 points from 11 matches while Punjab FC remained on the second position with 18 points from 12 matches.

East Bengal started the match on the ascendancy and picked up an early goal. From a counter attack, Marcos sent a through ball to Ansumana Kromah who found the back of the net with a long-range shot from the edge of the box.

Punjab FC could have equalised in the 16th minute had Valci Teixeira been a little agile inside the box. Makhan Chothe had sent a cross from the right and the Brazilian striker had an empty net in front of him but he failed to touch the ball.

Kromah missed the easiest chance of the day in the 74th minute when he received a pass from Jaime Santos inside the box after Anwar Ali failed to intercept the cross.