Advertisement
Home / Sports / Thiem gets past Nadal to break jinx

Thiem gets past Nadal to break jinx 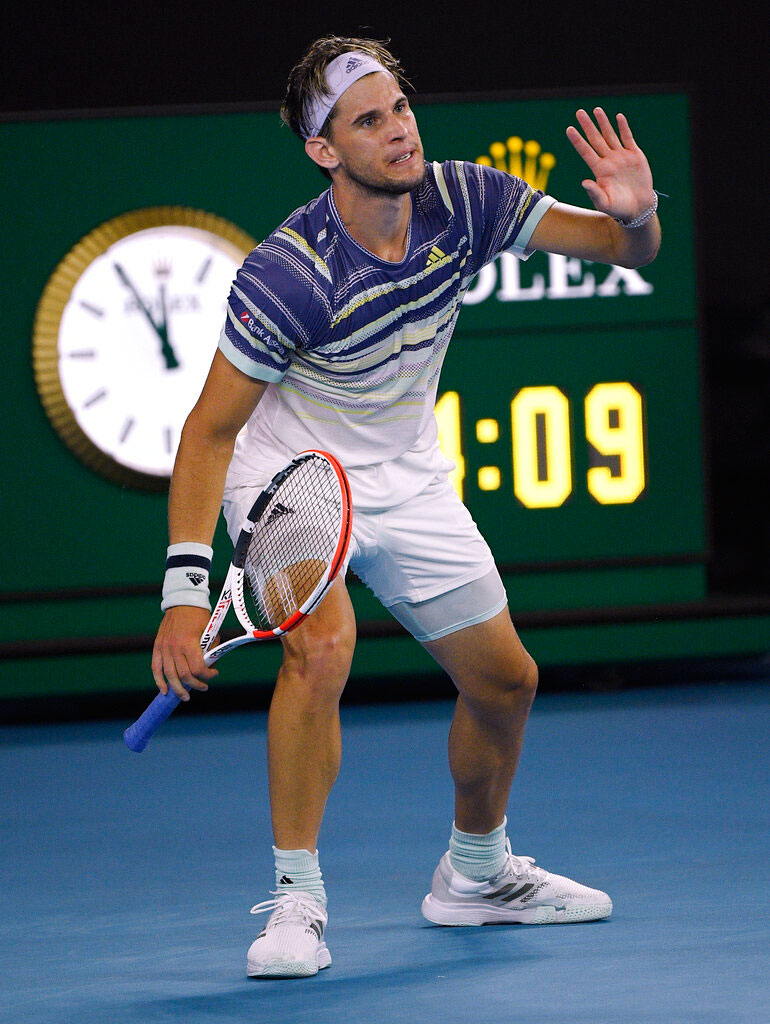 Dominic Thiem gestures to his opponent Spain's Rafael Nadal after the ball hit the net cord and won him the point during their quarterfinal match at the Australian Open tennis championship in Melbourne on Wednesday
(AP)
Reuters   |   Melbourne   |   Published 29.01.20, 10:04 PM

The 26-year-old Austrian will face Alexander Zverev for a place in the final. German seventh seed Zverev shattered the dreams of veteran Stan Wawrinka 1-6, 6-3, 6-4, 6-2 to book a maiden place in a Grand Slam last four.

Turning the tables on the man who had beaten him in all five of their previous Grand Slam meetings, including the last two French Open finals, Thiem became only the second Austrian to reach the last four at Melbourne Park, following Thomas Muster’s runs in 1989 and 1997.

In a grandstand finish with the terraces roaring, Nadal saved two match points in the decisive tie-break but surrendered on the third when he slammed a forehand into the net. Nadal had his chances. He failed to convert set point serving for the opening frame and let Thiem off the hook again when 4-2 up in the second.

After wrenching the momentum from the Austrian with a brave third set rally, Nadal gave it right back, squandering three break points early in the fourth set and then promptly dropping serve. He dug deep into the set and the pressure finally told on Thiem, who crumbled when serving for the match at 5-4. Thudding into the net after a double-fault, Thiem handed the break back to Nadal with a wild forehand.

“Special situation for me, serving for the match against Rafa for my first semi-finals here,” said Thiem, with a laugh. “Mentally tough situation, couldn’t handle it.”

But for once the indefatigable Spaniard was unable to make Thiem pay. 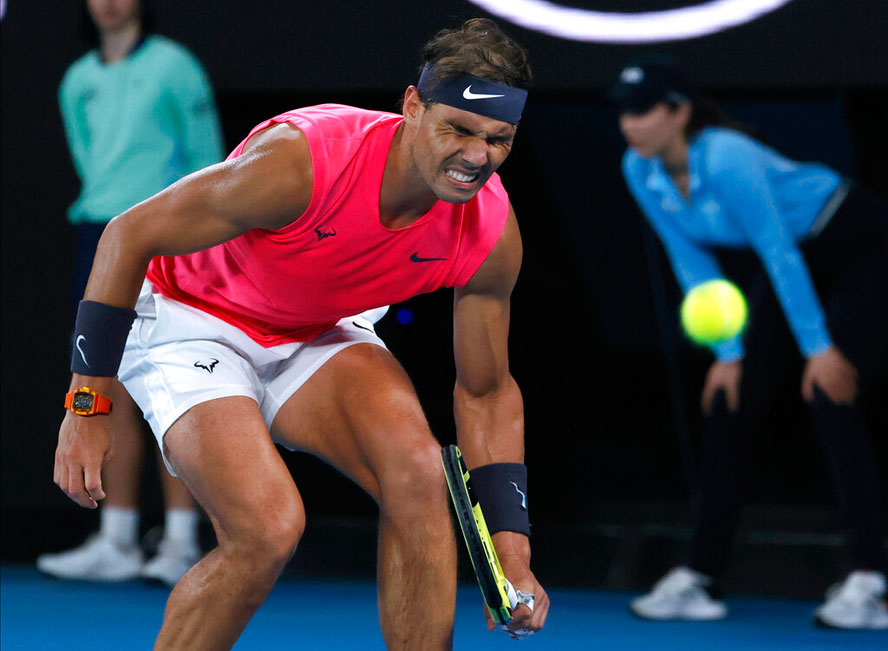 Even when Thiem took a tumble mid-rally during the final tiebreak, he scrambled to his feet to take a 5-2 lead when Nadal punched a backhand into the tramlines.

On the first match point, Thiem wound up his forehand for a killer blow but bashed straight into the net.

The crowd then gasped when Nadal bravely challenged a line call on the second match point after Thiem’s defensive lob tested the baseline.

The technology backed Nadal but his backhand failed him on the final point, planting the ball into a net that seemed against him all night.

“Of course, I am sad. I missed chances and lost an opportunity to be in the semi-finals of another Grand Slam,” said Nadal.

“But I lost against a great opponent. And he deserves it, too. Well done for him.”