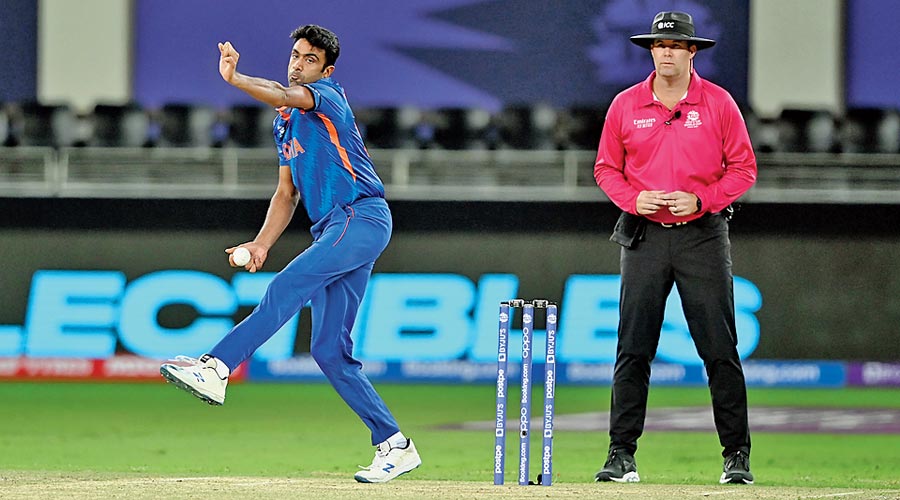 Monday was a windy day in Dubai and there were even sandstorms in certain areas before the India-Namibia match started, reminding many cricket lovers of Sachin Tendulkar’s “desert storm” knock at Sharjah in 1998.

The match against Namibia was India’s first T20I encounter against the team. The only other time India played Namibia was in the 2003 World Cup in South Africa. In that match, too, Tendulkar had emerged the Man of the Match cracking 152 runs. Sourav Ganguly scored 112 and India won by 181 runs.

Monday’s match was inconsequential as far as India’s run in the ongoing World Cup was concerned. But it wasn’t exactly trivial for the fans watching the game.

One fan started listing the reasons for the importance of the match — Virat Kohli’s final game as the T20 captain, his last huddle as T20I captain, and the last outing for the coaching trio of Ravi Shastri, Bharat Arun and R. Sridhar.

Another fan chipped in: “This is India’s 150th T20I match. Nothing is inconsequential in a World Cup and when India play.”

Comments from the stands continued to be electrifying. When David Wiese bowled four dot balls in the fourth over against India, someone shouted out that “Wiese is a wise man”. Then came the “nervous nineties” as Namibia lost two wickets and when Ravichandran Ashwin produced his carrom ball deliveries, a fan remarked loudly that Namibia have only played the game of carrom.

When the Namibian wickets began to fall steadily, another fan shouted out: “Don’t worry... everyone will get to bat against India.” That turned out to be almost accurate, as Bernard Scholtz was the only one not to bat.

Earlier, when captain Gerhard Erasmus hit a reverse sweep, someone remarked: “Please learn to play with a straight bat before playing such shots.”

However, during the post-match speech, Erasmus said: “Hopefully we have inspired a few people with our performances to take up the sport.”