Amid all the jubilation for India, however, they too may need to introspect about their batting 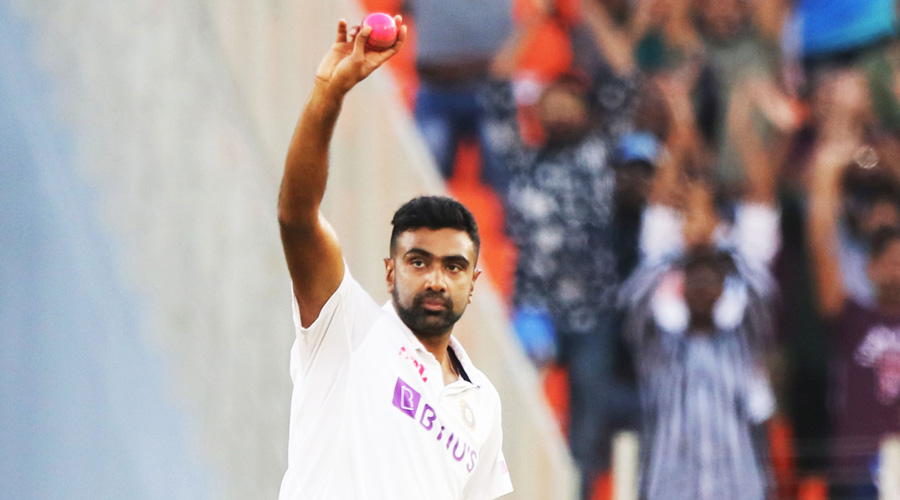 Ever since their inception, Day-Night Tests have thrown up surprises. This game at the Motera stadium, replete with madness and mayhem, didn’t turn out to be any different.

Seventeen wickets fell in just two sessions of the second day as batsmen on both sides lined up to be bamboozled by the spinning — and non-spinning — SG pink ball.

Forget learning from their mistakes, the English batsmen continued to cave in before Axar Patel and Ravichandran Ashwin despite Jack Leach and Joe Root, taking his first Test five-wicket haul, helping the visitors regain some of the momentum by dismissing India for 145 in the first innings, the hosts losing their last eight wickets for 47 runs.

But another inept showing with the bat by England left India with only 49 to chase down, which openers Rohit Sharma and Shubman Gill knocked off, the former finishing with a six over mid-wicket.

With the 10-wicket win, inside two days and six sessions, India take an unassailable 2-1 lead in the series and are a step away from earning the World Test Championship final berth while England are out of contention. A draw in the final Test, starting at the same venue on March 4, would do it for Team Virat Kohli.

Axar, having an unforgettable maiden appearance at his home ground, finished the game with 11 wickets after a third successive five-wicket haul in the series. Ashwin, too, reached the milestone of 400 Test wickets in fairly quick time.

The duo kept bowling unchanged almost throughout England’s horror second innings, bundling the visitors out for a nothing total of 81, ensuring what happened in Thursday’s first session didn’t have any bearing on their team.

For Axar, the ploy was simple: just keep it straight and bowl the arm ball, something he did in the first innings too. And England batsmen, including Root, kept misreading the line and missing those straight deliveries right from the first ball of their second essay.

Ashwin, too, went the same route as of the four wickets he took on Thursday, three came off balls that hardly spun.

Amid all the jubilation for India, however, they too may need to introspect about their batting in this Test.

Very rightly, Kohli said during the post-match presentation that the batting of both sides was “below par” with India prevailing as their bowlers were “more effective” on the surface.

It again proves how critical Rohit’s first innings knock of 66 was, while also underlining how badly England missed a second spinner, like a Dom Bess, on such a wicket.