Day I belongs to Abhishek Raman

With Dinda dropped, Akash Deep made a debut as Bengal went in with four pacers in this game 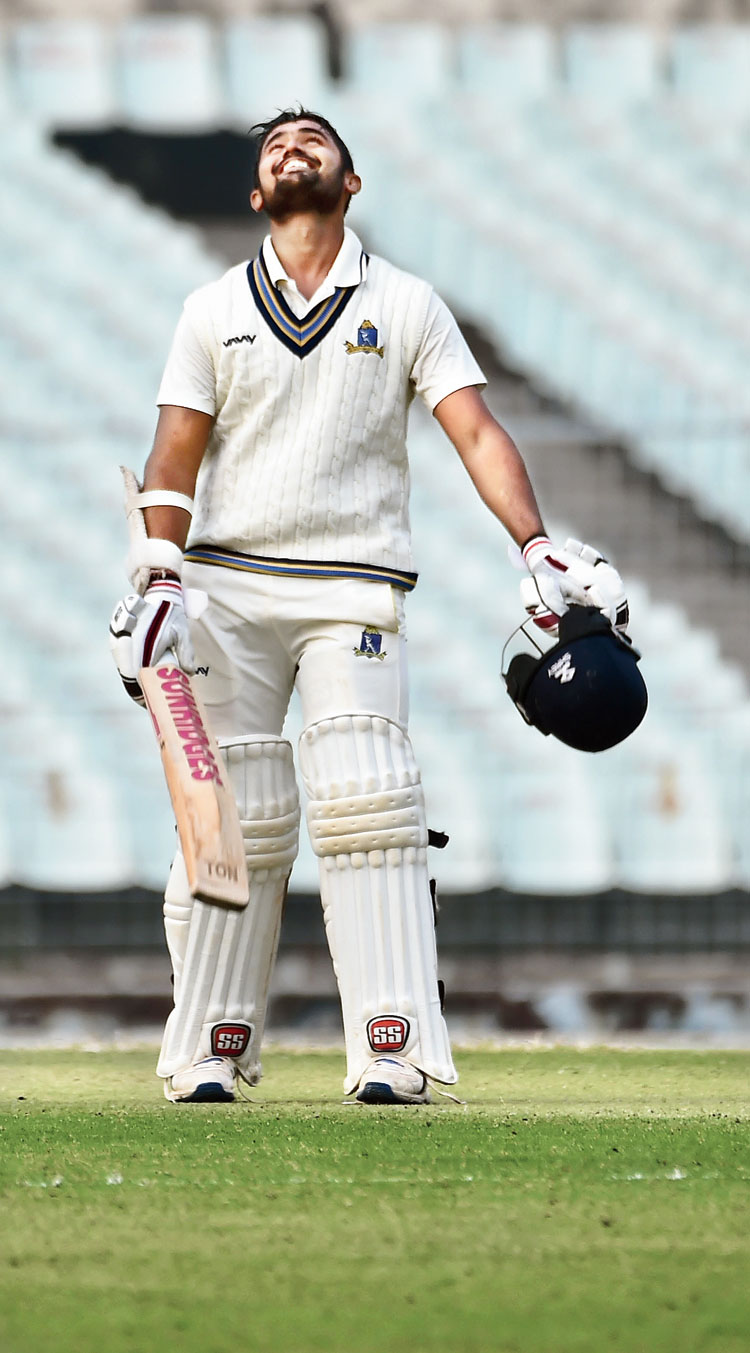 Abhishek Raman celebrates after his century at the Eden on Wednesday
Picture by Santosh Ghosh
Sayak Banerjee   |   Calcutta   |   Published 25.12.19, 11:39 PM

His grit and patience earned him centuries in back-to-back matches, and that helped Bengal end Day I of their Ranji Trophy Elite Group A game versus Andhra at a well-placed 241/4, here, at Eden Gardens.

Raman’s knock, though, wasn’t really faultless. In fact, he got a let-off seven runs shy of the hundred when rival wicketkeeper KS Bharat missed a stumping opportunity off off-spinner Shoaib Mohammed Khan’s bowling in the final session of the day.

Towards the end, when on 108, the left-hander got another reprieve when dropped by left-arm quick C. Stephen off his own bowling.

By his own admission, Raman seemed a tad nervous when he was in the 90s. But on 97, he faced a rank short delivery from right-arm pacer KV Sasikanth and Raman made sure to utilise it to the fullest.

He unleashed a pull over deep square leg that yielded him half a dozen and completed his fourth first-class century. Raman, however, knows that his job is far from over.

Abhimanyu, Manoj Tiwary and Sudip Chatterjee couldn’t go on to make a big one. Sudip’s horror run was prolonged after he edged one — which could have been avoided — to the ’keeper.

Andhra would be a more worried lot as one of their players, Manish Golamaru, had to be hospitalised for dislocation of shoulder. He could be out for a long period.

Bengal coach Arun Lal’s comments and the stance of the CAB suggest that pacer Ashok Dinda is unlikely to be back for Bengal’s next game, starting January 3 versus Gujarat.

“It (Dinda’s absence)’s not a negative thing. It’s an opportunity to find the next Dinda. Some young man comes in and takes five wickets, and suddenly the whole balance changes. You want that to happen,” Lal said.

With Dinda dropped, Akash Deep made a debut as Bengal went in with four pacers in this game.

“Dinda is yet to apologise. Besides, no one wants to feel threatened or would like the dressing room atmosphere to be affected because of one person.

“So the matter will be dealt with accordingly,” said a CAB source.