Non-playing captain Rohit Rajpal, before leaving for Finland, had said that they are expecting fast hard courts but has now realised that’s not the case 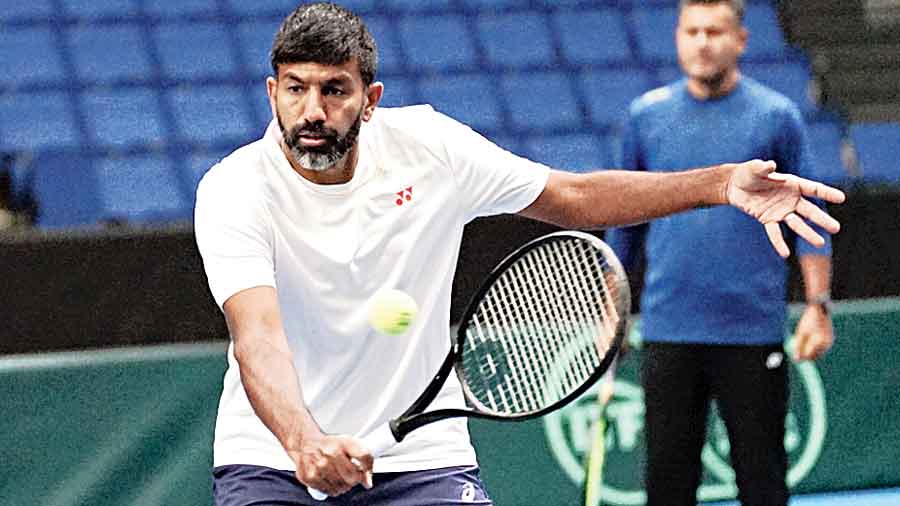 The Indian tennis squad was in for a pleasant surprise when it found out that the indoor hard court for the upcoming Davis Cup tie against Finland was not as fast as was expected and carried low bounce.

The Indian players on Tuesday got a chance to practice on the match court, which has been laid temporarily on carpet at an ice-hockey stadium here and after the first hit, it turned out that it suits the visitors in a limited but crucial way.

Non-playing captain Rohit Rajpal, before leaving for Finland, had said that they are expecting fast hard courts but has now realised that’s not the case.

“What they have done is that they have pulled the ice out and put a wooden plank and laid the court over it, so the bounce is low and that suits us,” Rajpal said.

“The Europeans mostly play on clay courts which are slower, so they like to rally a lot and that is their strength. Our Indian players do not do that but low bounce will certainly benefit us,” he added.

Asked how the low-bounce court would suit Ramkumar Ramanathan and Prajnesh Gunneswaran when they too have spent considerable time training and playing in Europe, Rajpal said: “Both Ramkumar and Prajnesh hit flat and for that, the low bounce will be pretty helpful. You can’t do that on high bounce courts,” he explained.

The two-day tie begins on Friday.

Finland have higher-ranked players in both singles and doubles but Rajpal, for whom this will be his third tie as captain, said the Indians are in with a chance.

“On paper they are a better ranked team than us but this is Davis Cup, I say it is 50-50. It depends on how things pan out on the first day as well. To have a 1-1 score on day one is important for us. The doubles, featuring Rohan Bopanna, is going to be a crucial match for both sides.”