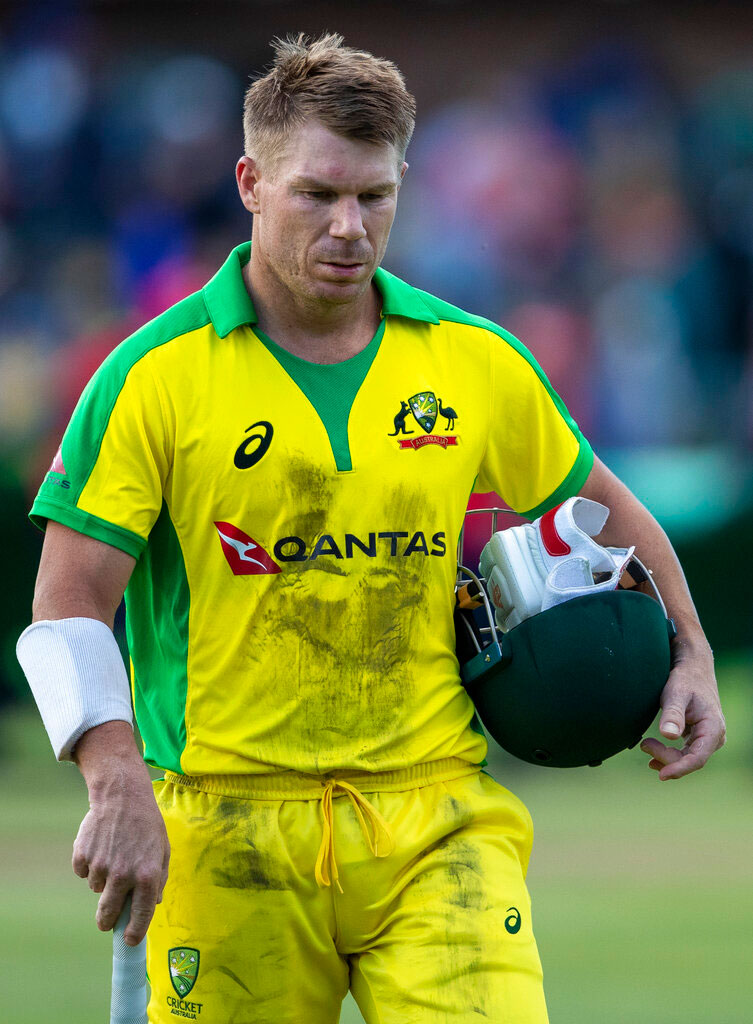 David Warner walks back to the players pavilion at the end of the 2nd T20 cricket match between South Africa and Australia in Port Elizabeth on Sunday
(AP)
Reuters   |   Published 23.02.20, 08:38 PM

Opener David Warner scored an unbeaten half-century in vain as Australia blew what appeared to be a comfortable chase and South Africa claimed a 12-run victory in the second Twenty20I on Sunday.

South Africa posted a below-par 158 for four in their 20 overs as Australia strangled their bright start, but were able to defend the total as the wicket slowed up and the touring side found scoring increasingly difficult.

Warner was unbeaten on 67 from 56 balls and having reached 98 for one in the 13th over, Australia looked odds-on for the victory until South Africa found a way to cut off the boundaries and they finished short on 146 for six.

The series is level at 1-1 with the decider to be played in Cape Town on Wednesday, after which the sides will contest three one-day internationals. “We’ve played here a number of times and I’ve realised that the new ball is key,” South Africa captain Quinton de Kock said at the post-match presentation.

“We understand that this wicket, especially late afternoon, for the team batting second it’s always going to be difficult.”

De Kock was again the mainstay of the South African innings.