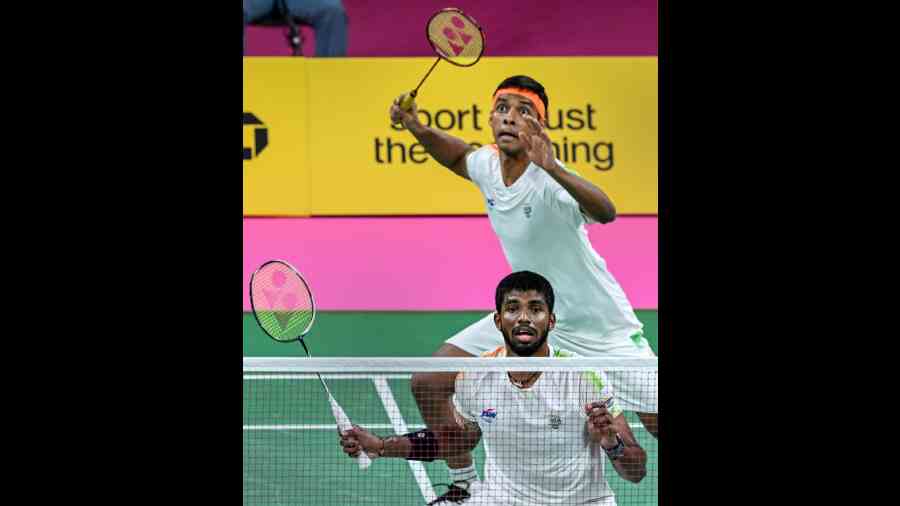 India's star doubles pair of Chirag Shetty and Satwiksairaj Rankireddy won the country's third gold from the badminton court with a straight game victory over England's Ben Lane and Sean Mendy at the Commonwealth Games.

The silver came in team championship and the bronze medals were won by Kidambi Srikanth in the men's singles and Treesa Jolly and Gayatri Gopichand in the women's doubles.