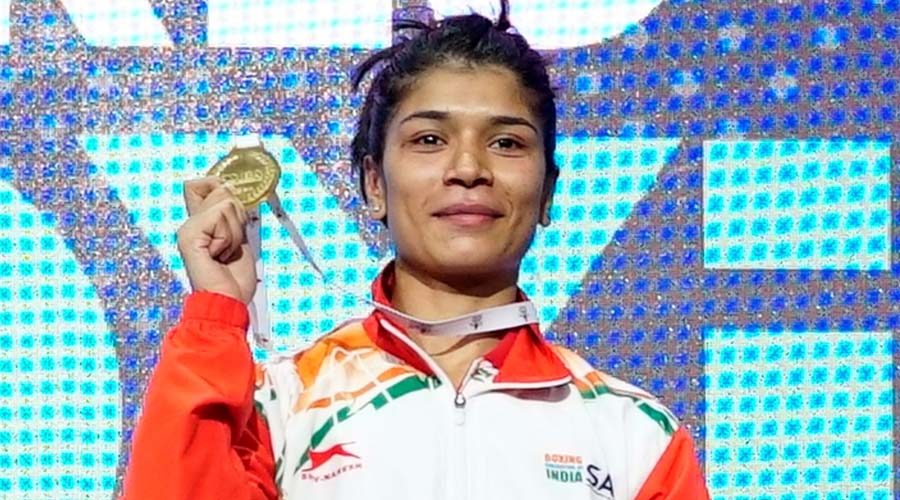 Three Indian pugilists, including Nikhat Zareen, advanced to the semi-finals in their respective events in the Commonwealth Games here on Wednesday. However, Olympic bronze medallist Lovlina Borgohain lost in the women’s 70kg quarterfinal to Wales’ Rosie Eccles.

Soon after that, Hussamuddin defeated Tryagain Morning Ndevelo of Namibia in a 4-1 split verdict to advance to the last-four stage of the men’s 57kg and fetch his second consecutive CWG medal. The 28-year-old from Nizamabad, Telangana, had won bronze in Gold Coast four years ago.

Earlier, Nitu, the 21-year-old from Dhanana district in Haryana’s Bhiwani, dominated the first two rounds against Clyde. She was declared winner when her opponent threw in the towel in the third and final round of the quarter final match. Making her CWG debut, Nitu had big shoes to fill in the weight category of MC Mary Kom, who injured herself during the selection trials held before the mega event.

The Indian contingent had trained in Ireland before coming to Birmingham and that helped Nitu in the fight against Clyde. “It was my first bout against her but we trained in Ireland together two weeks ago... I knew what to expect. This is only the beginning, I have a long way to,” said a supremely confident Nitu after the quarter final win. Nitu, who had started boxing in 2012, had suffered a serious shoulder injury in 2019 that ruled her out of action for a long time. “We live in a joint family. My father stays with me all the time so he can’t work. His elder brothers take care of all the expenses,” added Nitu.