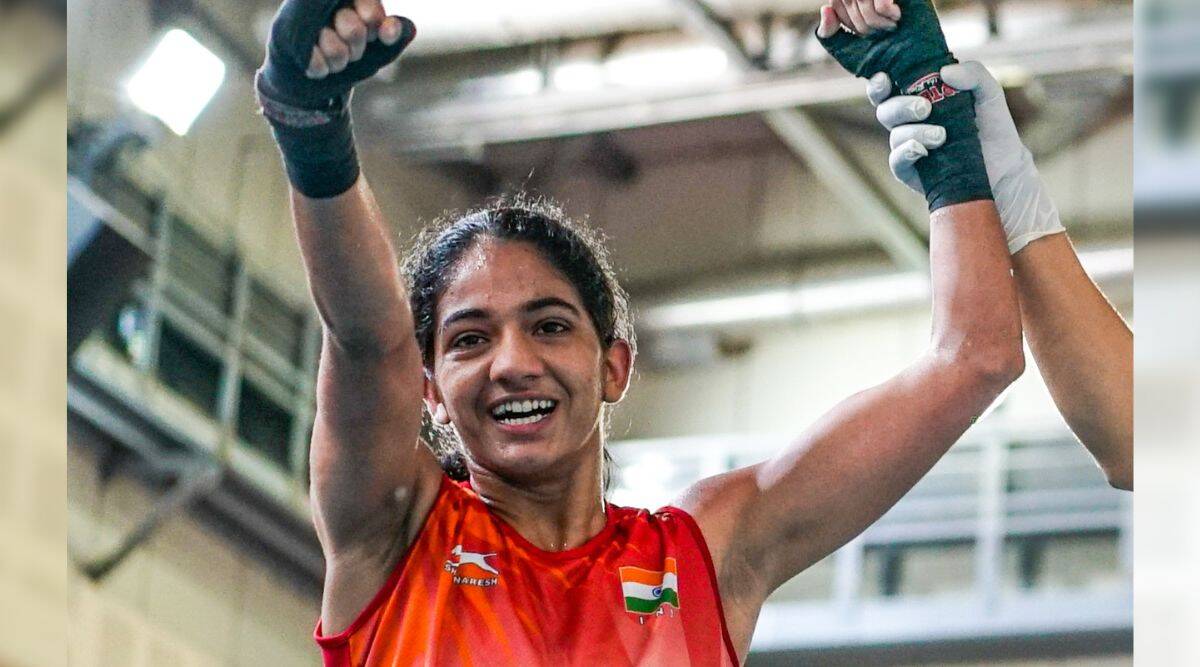 Indian boxer Amit Panghal (51kg) displayed his class as he reached his second consecutive Commonwealth Games final while Nitu Ghanghas (48kg) also remained on course for a gold in her maiden appearance here on Saturday.

Panghal, who is trying to win the yellow metal after his silver in the last edition, came from behind to beat an aggressive Patrick Chinyemba of Zambia with a 5-0 unanimous decision win.

Nitu, on the other hand, prevailed over Canada's Priyanka Dhillon as she notched a RSC (Referee Stops Contest) win in the minimum weight category.

Such was the 21-year-old Nitu's confidence that she played with an open guard, inviting her opponent to strike while using her straight jabs and combination punches to great effect. In the end, the referee had to end the contest.

Panghal, 26, was left on the back foot as his younger, more aggressive opponent landed a barrage of punches on the world championship silver medallist.

Trailing 2-3 after the opening round, Panghal, who looked to put behind the ghost of the Tokyo Olympics where he made a first round exit, had to dig deep in his reservoir of experience. The Asian Games champion upped the ante, landing hooks and jabs at will to take the round.

The final three minutes were keenly contested with both pugilists trying to leave an impression but four of the judges ruled in favour of Panghal.