Booking an entire floor of a five-star hotel for himself had become second nature and no one in the BCCI had the courage to object: Boria Mazumdar's 'Maverick Commissioner' 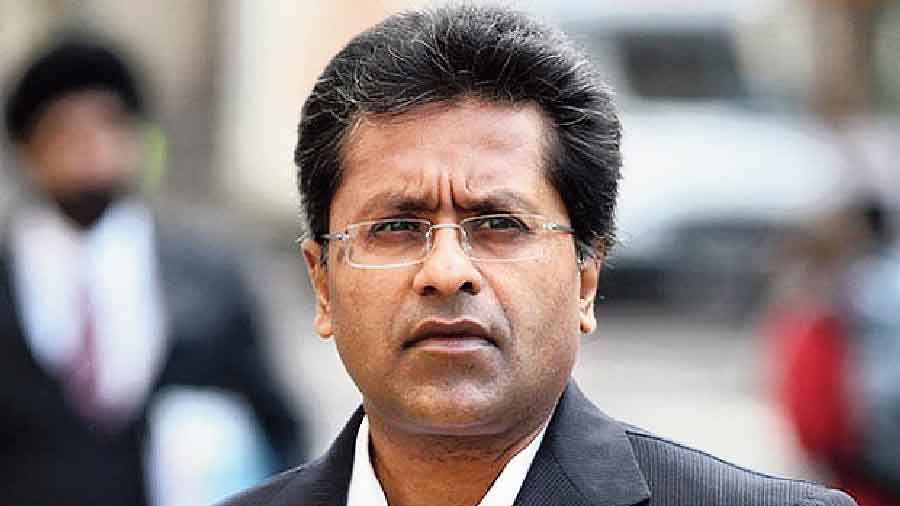 S-class Mercedes cars had to be made available in Dharamsala and Nagpur when now-fugitive Lalit Modi went to those cities during his stint as IPL commissioner as he wouldn't ride any other model, says a new book.

In Maverick Commissioner: The IPL-Lalit Modi Saga, Boria Majumdar also writes that once Modi had left the country in May 2010 the hotel had sent a bill amount to the BCCI that remained unpaid and the board, which by then had no sympathy left for him, refused to clear it.

According to the author, these are examples why the IPL continued to be hated by many.

"Despite the cricket and the growing brand value, vulgar displays of opulence were always going to be an eyesore," he says.

"Lalit, who was riding high on success, failed to see the writing on the wall and suffice it to say became a victim of his own success in the long term. In fact, for him these things were a necessity. Glamour and opulence were at the very core of the league's existence and for Lalit, his actions were integral to making the IPL what it had turned out to be," he writes.

The success of the first two seasons of IPL meant Lalit Modi had gained in prominence and it was all evident from his high-flying lifestyle, Majumdar argues.

"The grapevine has it that for a game in Dharamsala which Lalit attended, his office had booked two S-class Mercedes cars from Delhi which travelled to Himachal before he landed there. He wouldn't ride any other model and such extravagance had become routine with Lalit," he writes.

This wasn't the only occasion when something as bizarre as this had happened, the author says.

"On another occasion when he travelled to Nagpur to meet (Shashank Venkatesh) Manohar and watch an IPL game, his office had called up to arrange for an S-class Mercedes. On being told the model wasn't available in Nagpur they booked a car from Hyderabad, which was driven all the way to the orange city for Lalit to use," he writes.

Booking an entire floor of a five-star hotel for himself had become second nature and no one in the BCCI had the courage to object, the book, published by Simon & Schuster, says.

"Was he paying for the hotel from his own funds or was it all at BCCI's expense? Such questions weren't asked and if someone did, he would invoke the ire of the establishment. To question Lalit Modi had become synonymous with questioning the IPL and with the league generating record monies for the BCCI, no criticism of any sort was welcome," Majumdar writes.

The book goes on to describe how the IPL, which was perhaps the biggest gamble of Lalit Modi's life, turned out to be the biggest success story ever, making him a cult in the echelons of global sport.

"And in creating the IPL, Modi ended up giving a new life to cricket in India and beyond. Cricketers found a new voice and marketers a new investment opportunity. Broadcasters found a magic product and the BCCI found its golden goose.

"While Modi had to give it all up in a few years and leave India for good, his imprint has stayed on making him one of the most talked about figures ever in Indian cricket administration," it says.

Majumdar says while there aren't straight responses to many questions surrounding Lalit Modi and the unsolved mysteries at key points in his life, it is important to deep dive and seek some of these answers.

"In doing so, we end up discovering a man who was a genius as well as a maverick. His actions can't always be described in black and white and that's what adds to the aura of Lalit Modi," he says.

Maverick Commissioner is soon planned to be made into a film by Vibri Motion Pictures.