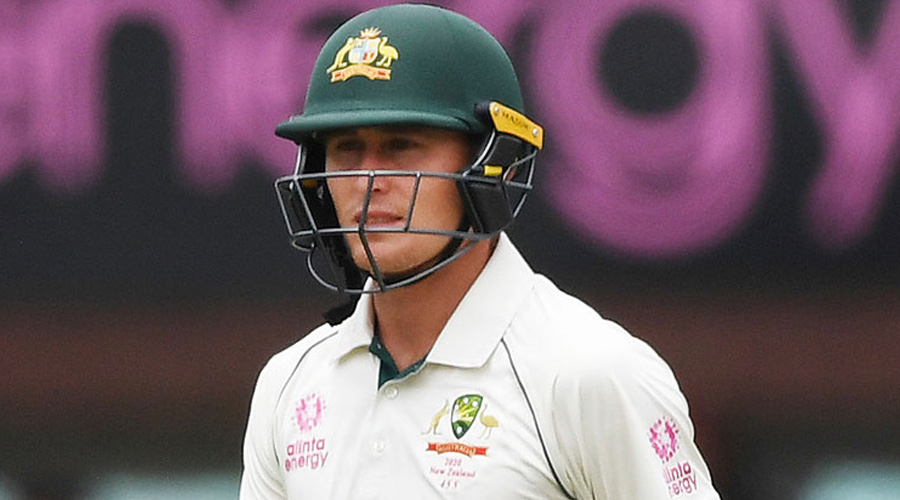 Marnus Labuschagne led Australia’s domination of the West Indies on Wednesday with an unbeaten 154 as his side cruised to 293 for 2 at stumps on Day I of the first Test.

Electing to bat, the hosts started cautiously after three frenetic months of white-ball cricket but built momentum throughout the day in front of a modest crowd of 10,929. Steve Smith was batting on 59 with Labuschagne at the close.

David Warner waited until the fourth over to play a shot in anger, pulling fast bowler Jayden Searles (1/63) to the fence.

The opener chopped the next ball on to his stumps though, departing for five. The visitors were then made to toil as Labuschagne slowly settled in with Usman Khawaja. When both Queenslanders passed fifty, visiting captain Kraigg Brathwaite was left searching for answers.

Shivnarine was also present on the pitch when Lara broke Garry Sobers’ record for the highest Test score with 375 runs in the fifth match of the same series. Tagenarine also played the role of Larry Gomes in the recent film 83, which captured India’s memorable World Cup victory.