The Ashes: Rub of Green turns Ben’s stroke of luck

He knew that it definitely had not hit the pad: Jonny Bairstow 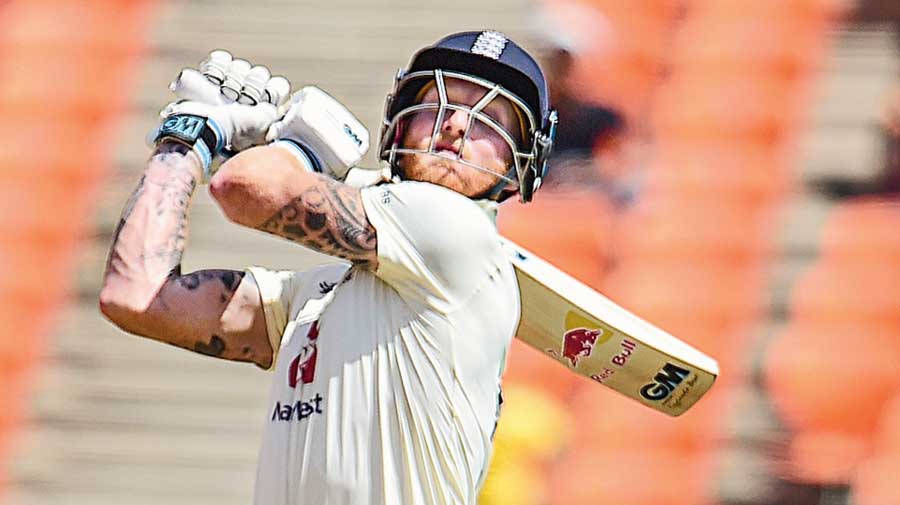 Luck bailed out Ben Stokes in Sydney on Friday.

The England all-rounder had a reprieve on Day III of the fourth Ashes Test after Australia’s Cameron Green hit his off-stump but could not dislodge the bail.

Replying to Australia’s 416/8 declared, England were reeling on 57/4 with the spectre of a follow-on looming large when Australia skipper Pat Cummins brought back Green for another spell.

Stokes left the first ball of the 31st over which deviated as it passed the batsman and umpire Paul Reiffel upheld Australia’s vociferous appeal for an lbw.

While the home side celebrated the dismissal, Stokes immediately reviewed it and replays confirmed the ball was nowhere near the pad and had hit the top of the off-stump instead. But the impact was not enough to dislodge the bail.

The lbw decision was overturned and Stokes, then on 16, could not suppress his glee at the reprieve before he resumed batting.

“He knew that it definitely had not hit the pad,” Jonny Bairstow, whose 103 not out on Friday was England’s first century of the series, told reporters afterwards.

Stokes went on to make a crucial 66, his first half-century of the series, before off-spinner Nathan Lyon trapped him lbw. His 128-run partnership with Bairstow steadied England who, finished the day on 258/7.

Stokes’ lucky escape prompted legends Shane Warne and Sachin Tendulkar to wonder whether a new law should be introduced for such incidents.

“Should a law be introduced called ‘hitting the stumps’ after the ball has hit them but not dislodged the bails? What do you think guys? Let’s be fair to bowlers,” tweeted Tendulkar, tagging his Australian friend Warne.

The iconic leg-spinner said in jest that the point needs to be debated. “Interesting point & one to debate my friend. I will take this to the world cricket committee for discussion & come back to you. Never seen anything like that today— Greene’s delivery was 142kph and hit the stump hard,” Warne replied.

Not everyone has the same view as Tendulkar though. Former Australia middle-order batsman Damien Martyn had a straight “No” to Tendulkar’s proposal.