David Miller says it is a 'special feeling' 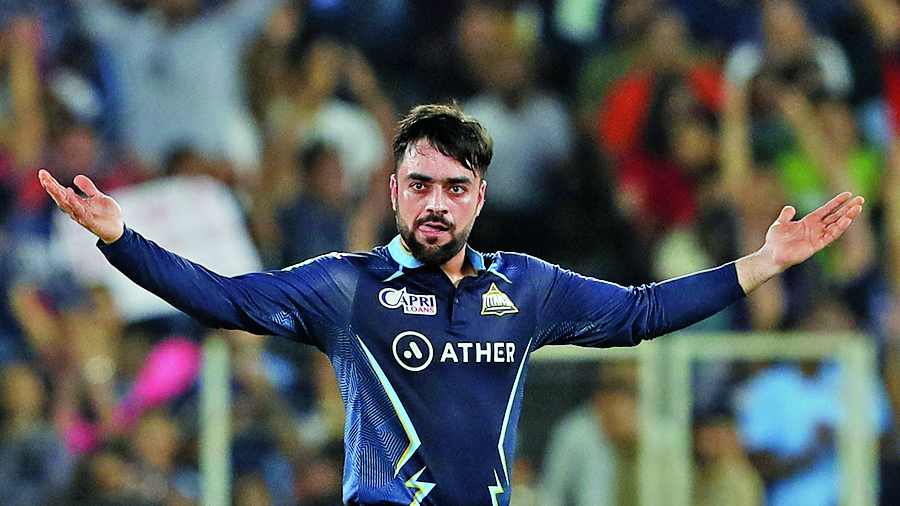 Shubman Gill let out a roar as he pulled Obed McCoy’s delivery for a six to bring up the winning runs. The Gujarat Titans’ phenomenal journey in their debut season culminated in a title victory in front of their home crowd.

The ecstatic players and support staff couldn’t hide their emotions. “It means a lot. After winning the under-19 World Cup, winning the IPL is just as big. It is my fourth year. I wanted to be there till the end and that was the talk with the coaches,” Shubman said.

“Glad I took them over the line. Our bowlers bowled really well to restrict them to 130. We wanted to keep them under 150 but fortunately it was much lesser,” the Titans opener added.

David Miller, who played the finisher’s role to perfection in most of their matches, said it was a “special feeling”. “It’s been phenomenal, finishing it at the back end was a special feeling, but it has been a collective effort,” Miller said.

He lauded captain Hardik Pandya’s efforts. “He’s been very relaxed, we’ve had a very good bond with Ashish (Nehra, head coach) and Hardik. Hardik’s got better and better as the competition gone on, tactically he’s been brilliant... Just grown from strength to strength,” said Miller.

Rashid Khan praised the team’s effort in the final. “We assessed the wicket well, we knew it would be hard to chase down 150... Everyone had to take responsibility,” said the leg spinner.

“The biggest achievement of your career is to be part of a winning IPL team. Winning tournaments like this, you’ll need to put in a lot of hard work and this is certainly a high point of my career,” the Afghanistan cricketer remarked.

Mentor Gary Kirsten also felt it was a collective effort. “It’s fantastic, really happy for the guys, they’ve put a lot into the tournament, great for Ashish and Vikram (Solanki) as well. You’re looking for good balance, good depth in the auction, but most importantly you’re looking for players who can perform different roles... The one thing we’ve learnt with Ashish is finding guys who were versatile, and at No. 4,5 and 6 and we’ve got that,” the South African said.

Kirsten also heaped praise on Pandya. “He has been fantastic, I’ve looked working with him. He’s a high-profile player in India but he’s incredibly humble, wanting to learn as a leader and engage with his players which I thing is really, really important. He’s tried to help the youngsters, he’s come in and played a different responsibility.

“You never stop learning as a coach, every IPL is a learning experience, that’s what I enjoy. I’ve loved working with Ashish, he’s really strong tactically... trying to put a game plan together on the fly is not easy,” Kirsten, India’s World Cup winning coach, explained.