The 26-year-old, who bats right-handed, remained not out on 33 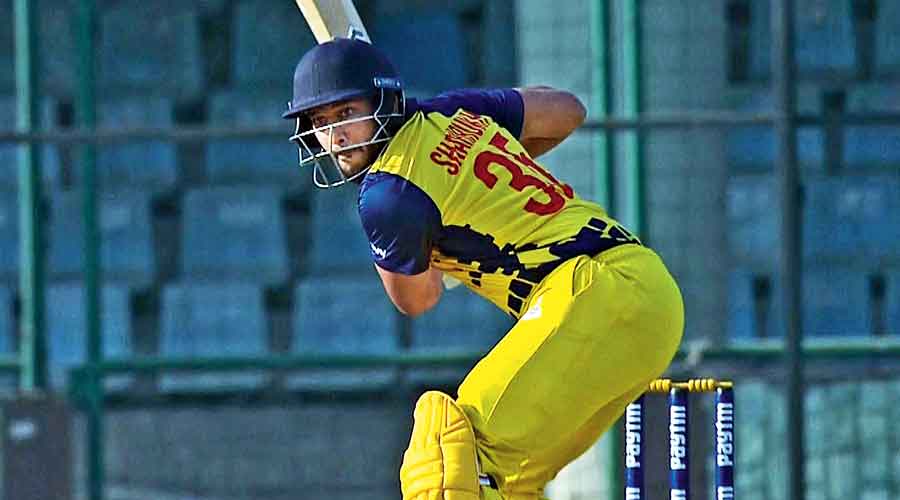 Shahrukh Khan had never smashed a six off the last ball of a match before Monday. But when he did get one, it turned out to be a dramatic match-winning shot.

Thanks to Shahrukh’s heroics, Tamil Nadu retained the Syed Mushtaq Ali T20 Trophy, recording a thrilling four-wicket win over Karnataka in the final in New Delhi on Monday.

Chasing a 152-run target, Tamil Nadu needed 16 runs off the last over, which was bowled by Prateek Jain. R. Sai Kishore managed to hit a boundary off the first ball, but the next four deliveries yielded seven runs, including two wides. So Tamil Nadu needed five runs from the last ball. The well-built Shahrukh kept his nerves and clobbered Jain over deep square-leg to fashion a fantastic victory for his team.

Karnataka had slipped to 32/3 in the sixth over with left-arm spinner Sai Kishore (3/12) getting the wickets of Rohan Kadam (0) and captain Manish Pandey (13), while Sanjay Yadav nailed Karun Nair (18). But they recovered well to post a respectable total.

In their run chase, Tamil Nadu appeared to stutter after a bright start by opener C Hari Nishaanth (23 off 12 balls). N Jagadeesan, the other opener, struggled to force the pace, making 41 from 46 balls, as did skipper Vijay Shankar (18, 22 balls).

Shahrukh walked in when Tamil Nadu were 95/4 and thereafter revived the chase.

“This is the first six I have hit off the last ball… There were a lot of things running in my mind. The ball was soft and the wicket was rough. I got the room and cleared my leg. We believe in each other,” he said.

Tamil Nadu skipper Vijay Shankar said: “Overall, we played amazing cricket. Everyone fought really hard. This innings was due from Shahrukh. He stepped up and did very well.”

Karnataka captain Manish Pandey said that they should have scored a few more runs.