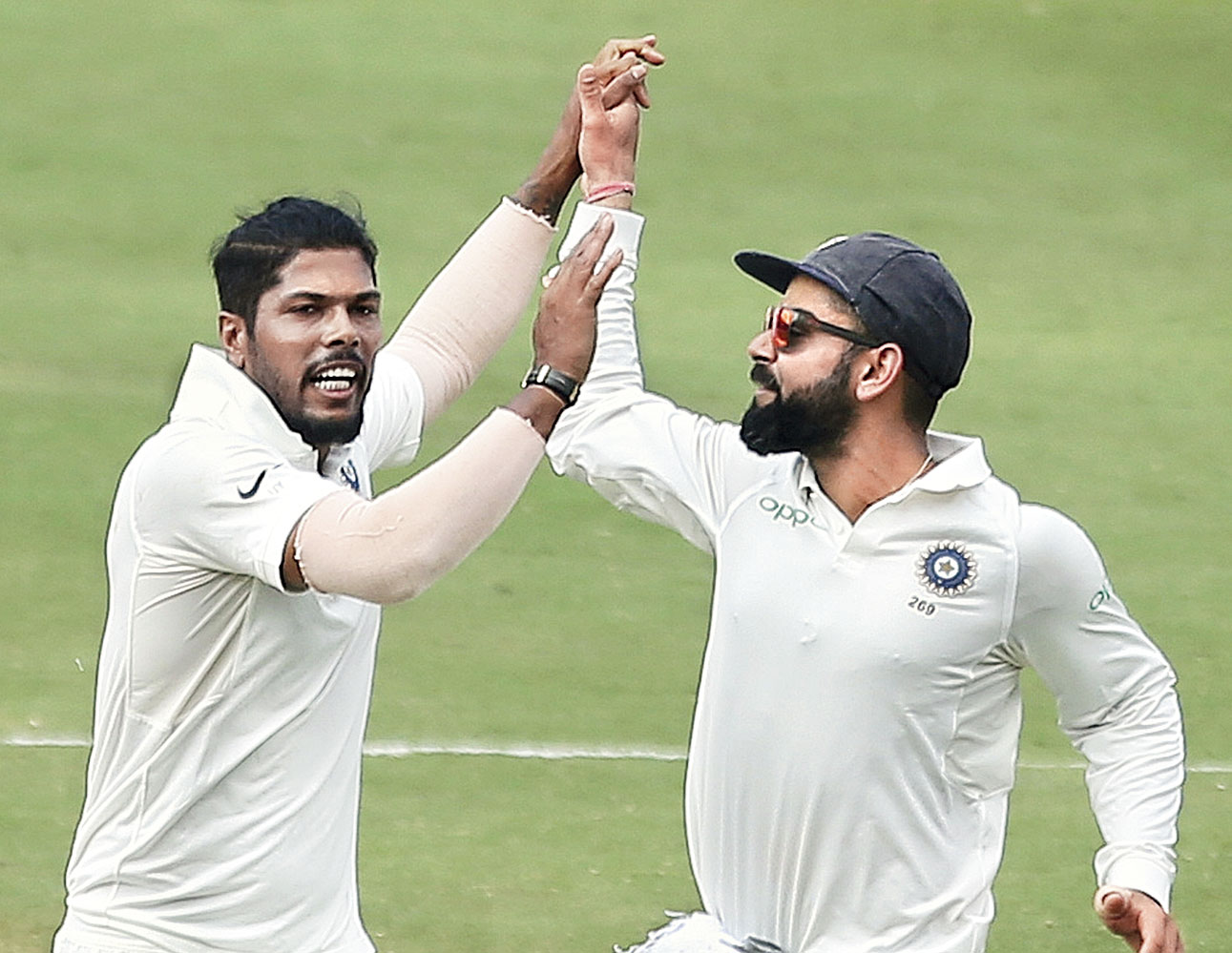 Virat Kohli lauded pacer Umesh Yadav, who finished with 10 wickets to be adjudged Man of the Match in the second and final Test against West Indies in Hyderabad on Sunday.

The India captain also lavished praise on Prithvi Shaw for winning the Man-of-the-Series award in his very first international series.

Kohli hinted that Umesh stands a good chance of playing in the Tests versus Australia Down Under, while also reposing faith in opener KL Rahul who didn’t have a very good series.

It was outstanding... With Shardul (Thakur) breaking down so early, it was a great effort on his part to bowl like that in both innings. It shows his fitness levels also, to keep running in and bowl at 140kphs, taking wickets too and not just completing overs... It has been a standout performance in his career and something he can build on... Good to see so many pacers performing as anyone can step in for anyone… It’s a great luxury to have.

Not many people realise, but he is a very, very talented bowler. He can bowl some unplayable deliveries every now and then, which we experience at nets all the time. You would feel as if there was not any other way than getting out to those deliveries. It’s just that he is gaining more confidence in his own game. Especially in Test cricket, he has come a long way and he understands his bowling really well. So, as I said, it’s a great sign that we have four guys (quicks) who can give us wickets any time in the game, because that’s where we want to be really consistent. The batting is something that we want to improve on collectively. We need to make bowling a major strength for us so that we feel we have a chance to win a series when travelling.

On Umesh’s prospects of playing in Australia

It’s indeed a good headache to have when all four pacers are touching the 140kph-mark. They are taking wickets, which any captain would want. You wouldn’t want two guys not bowling well. It’s good to have four guys bowling well and raring to go because four Tests in Australia can be brutal. The ball doesn’t do much there, like it does in England, so you have to run in hard all day and bowl in the right areas with pace. From that point of view, I think Umesh is right up there (to play in Australia) because he has got pace. He can run in hard all day and pick up wickets as well. He gets good bounce as well.

On the positives from this series

We were looking at the youngsters playing with a lot of freedom, which they did. Prithvi was outstanding, while Rishabh (Pant) was fearless. They will be spoken to regarding the areas where they need to improve. Overall, both of them were really good, solidifying their places in the team, understanding how they need to play at this level. In Test cricket, the first and most important thing is confidence... From that point of view, I am very happy that these guys have taken their chances really well and to be adjudged Man of the Series in your first series regardless of where and how you play is an outstanding achievement.

He has grabbed his chance beautifully and he looks like someone who can get you off to a start that you require. From that point of view, it’s good to have a guy who is so fearless. He is not reckless and he is very confident about his game. He’s a rare talent. I don’t think any of us were even 10 per cent of what he is when we were 18 or 19 years old.