Chandigarh opener hits 233 not out on debut 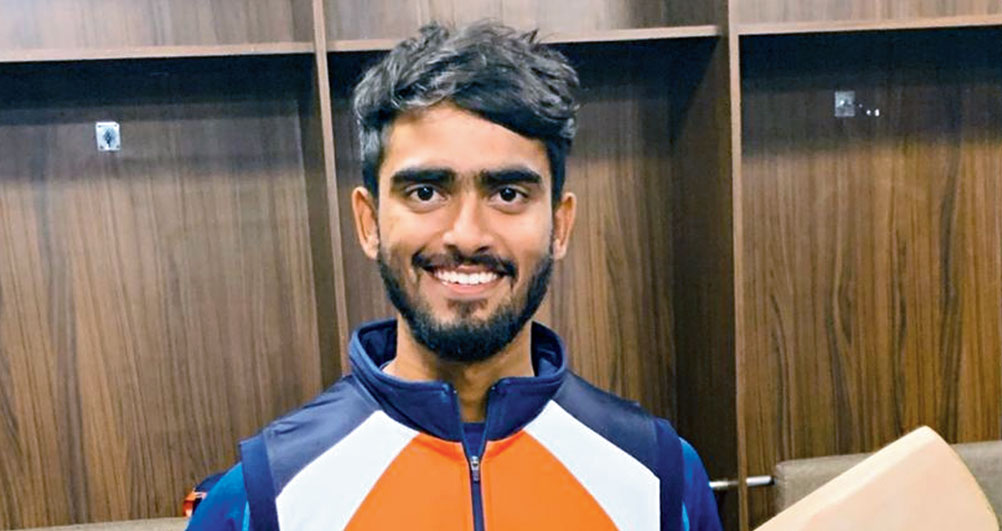 Arslan Khan has been in the news at the Sector 16 Cricket Stadium in Chandigarh on the first two days of the ongoing Ranji Trophy Plate Group match between Chandigarh and Arunachal Pradesh.

The left-handed Chandigarh opener, who has been going through a purple patch, has scored 699 runs in 11 innings, including five centuries and two fifties, in the under-23 one-day championship.

But to top it all, Arslan scored 233 not out in his first Ranji Trophy match. He could have broken the record of Ajay Rohera, who scored 267 for Madhya Pradesh against Hyderabad in Indore in 2018-19, the highest by any Indian batsman on first-class debut.

Arslan, however, does not have any regrets. “I do not have any complaints about the decision taken by the team management. It was decided that we would declare once we reach the 500-run mark. I only came to know about the record after the day’s play,” Arslan told The Telegraph on Tuesday.

“I have had a memorable Ranji Trophy debut. As a player my aim is to help the team. We would love to wrap up things quickly in the morning session of the third day. The team’s success is most important,” he said.

“It was on my mind that I need to play long. I was losing my wicket soon after reaching the century in the U-23 tournament. Today I made sure that I would go on and convert the century into a double ton. I am glad that I was able to do it,” Arslan said.

Batting first, Arunachal Pradesh were bundled out for 147. In reply, Chandigarh, who are playing their first Ranji match, declared after reaching 503 for two. At the end of the second day’s play, Arunachal were 164 for six in their second innings, still 192 runs behind.

“I would like to thank all my teammates and coach for my performance,” Arslan, who loves to watch David Warner bat, said.

“I would like to thank my first coach Sukhwinder Bawa, who helped me to learn the basics of the game. I am still very young and learning everyday,” he said.

“I never thought of playing the game seriously but Sukhwinder sir always inspired me and one day suddenly my mind changed,” Arslan recalled.

Former India player VRV Singh, who is the coach of Chandigarh, praised Arslan. “He has been doing very well. We picked him up in the senior team for his beautiful performances at the U-23 level. He has done remarkably well… hope his form will continue.

“It was our first match and we have done decently well. Our captain Manan Vohra (124) and Shivam Bhambri (105) also scored centuries. Bowlers also did well, hope our good run will continue,” VRV said.

“We didn’t get much time before the start of the Ranji Trophy. We just had a ten-day camp. As the tournament progresses, I believe we will improve,” VRV said.