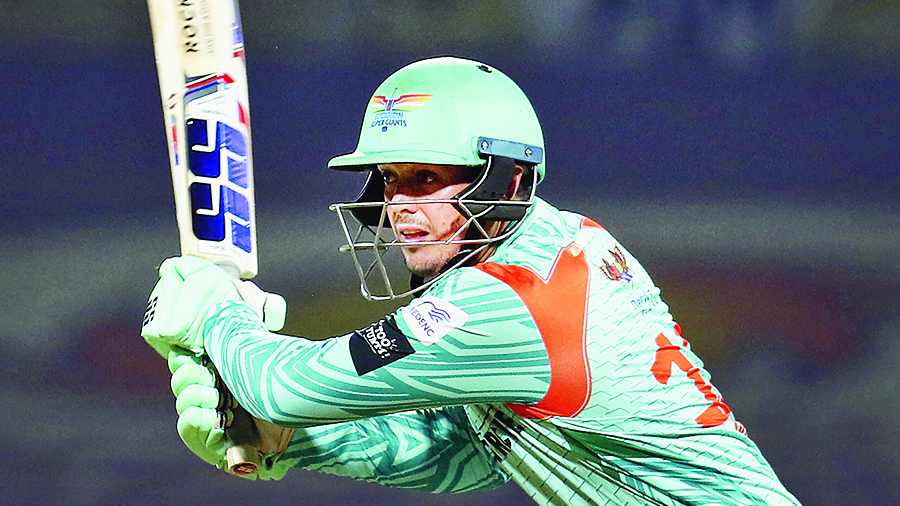 CSA has asked the six franchises to submit a list of five players under the overriding principle of one South African, three foreigners with not more than two from the same country and one uncapped player. “I welcome all the players to the RPSG Durban family. It’s a new beginning, full of hope and promise,” Sanjiv Goenka, chairman of the RPSG group, said in a statement. Former South Africa all-rounder Lance Klusener has already been appointed as the coach for the Durban franchise.

Mumbai Indians, who have christened their franchise as MI Cape Town, have confirmed Sam Curran, Liam Livingstone, Kagiso Rabada and Rashid Khan. Dewald Brevis is the uncapped player in their five permitted retentions.

“I’m excited as we begin our journey in building MI Cape Town. With our direct player signings, we have taken the first step towards building the MI philosophy — having a strong core around which the team will be planned. I am glad to welcome Rashid, Kagiso, Liam, Sam, to the #OneFamily and happy to have Dewald continue with us on this new journey,” Akash Ambani, chairman of Reliance Jio, said.

Faf du Plessis is back with the Chennai Super Kings as they have roped in the former South Africa captain as their marquee signing for the CSA T20 league. The Super Kings had bought the Johannesburg franchise in the championship but are yet to formally name the team.

CSK’s Moeen Ali is also learnt to have been contracted by the franchise. Moeen featured in the marquee list of players for the UAE League (ILT20) too, but the England all-rounder is understood to have preferred the South Africa tournament, which will be held alongside the one in Dubai and Sharjah in January.

The Pretoria and Port Elizabeth teams, owned by Delhi Capitals and Sunrisers Hyderabad, have retained their South African players on the IPL roster, Anrich Nortje and Aiden Markram, respectively.

The Rajasthan Royals, with Paarl as their base, have retained Jos Buttler. The Mumbai Indians-owned franchise in the ILT20, MI Emirates, have confirmed Kieron Pollard, Trent Boult along with Dwayne Bravo, Nicholas Pooran, Andre Fletcher, Imran Tahir, Samit Patel, Will Smeed and Jordan Thompson among others.