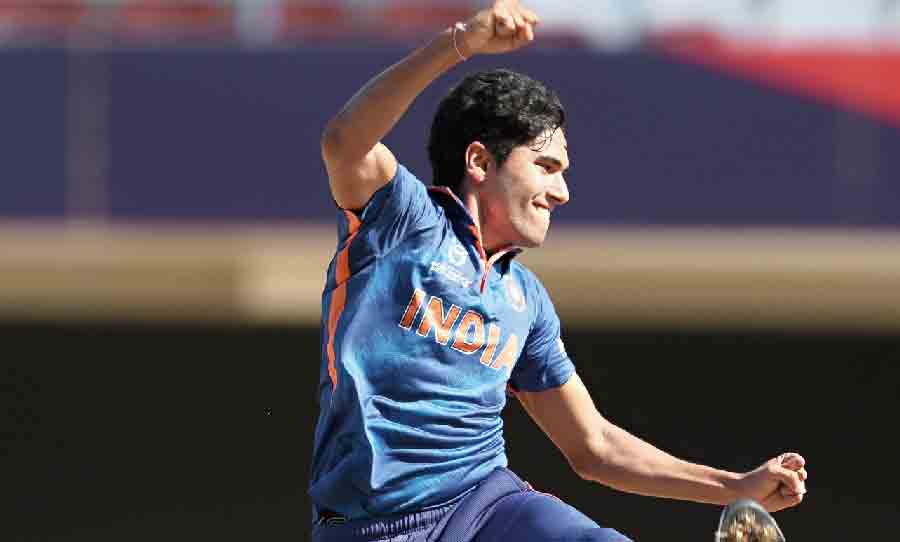 First, the high of winning the U-19 World Cup title. Then the bonus of earning a lucrative IPL contract. For a teenaged cricketer, that’s enough to cause a head spin and nervousness.

But Raj Angad Bawa looks to be having a matured head on his shoulders.

A central figure in India’s U-19 World Cup triumph — he claimed a five-for in the final against England at North Sound in Antigua — Bawa landed a Rs 2-crore deal with Punjab Kings after intense bidding from three teams (Sunrisers Hyderabad and Mumbai Indians being the other two) at the IPL auction.

The 19-year-old pacer, however, is much more focused on how well he needs to keep performing at the senior level instead of basking in glory. “Performance matters most for me. And that’s the reason I find myself here today,” Bawa told from Bhubaneswar, where he’s now with the rest of his Chandigarh teammates for the Ranji Trophy, on Monday.

“The U-19 World Cup win was mighty important for me. For the IPL contract, I’m grateful that I’ve been considered for one and, being a Punjabi, it’s also pleasing that I’m now a part of the Punjab franchise.

“But having said that, my focus now is primarily on the Ranji Trophy,” he said.

“There are seniors like (captain) Manan Vohra, (pacer) Sandeep Sharma and

“Even the seniors from our rival sides here can help me learn as far as first-class cricket is concerned,” Bawa emphasised.

Talking about the expectations from what would be his debut IPL, Bawa, a keen follower of Yuvraj Singh, looks to gain as much experience as he can from Punjab Kings head coach Anil Kumble as well as all the other established players in the squad. “I just want to keep it simple.

“I’m looking forward to meet everyone, not just the legends there, but also the seniors who have played in the IPL before. There’s something or the other to learn from everyone,” he stated.

Keen to establish himself as an all-rounder, Bawa added: “Batting and bowling are both equally important for me. Not that I give any one aspect more importance, kyuki dono karne se hi mazaa aataa hai (because I enjoy doing both). I look to enjoy my game and don’t look to experiment. I just bank on my capabilities.”

His grandfather, Tarlochan Singh Bawa, was a member of the Indian hockey team that won the 1948 Olympics gold. His father, Sukhwinder Bawa, had coached Yuvraj in his early days. Bawa junior draws inspiration from both.

Sport is in the youngster’s genes, but he’s aware that fitness will be a key component to his growth as a cricketer. “During the time I spent with the India U-19 team, I got to learn a few things about workload management… How to keep myself fit and be clear about how much load I’m capable of taking, which will also determine my progress,” Bawa said.