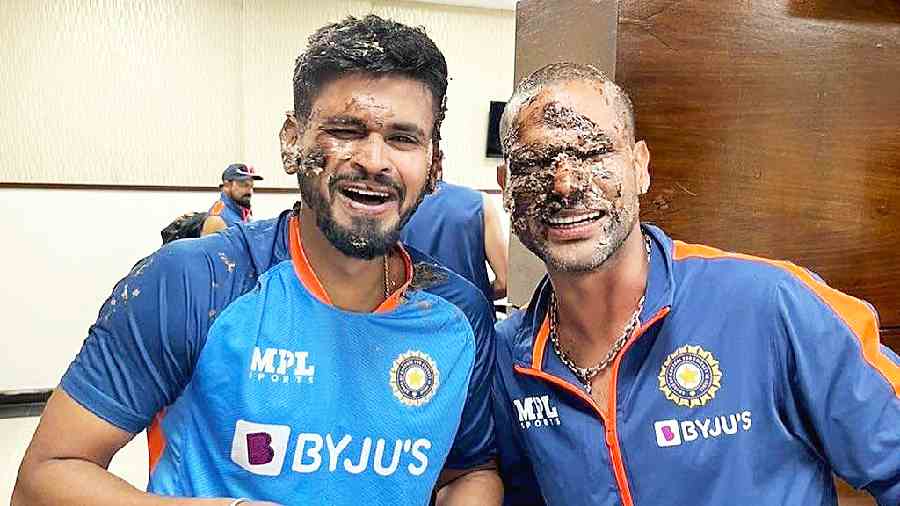 India would be ruing the fact that they couldn’t get one wicket with 51 runs to defend and allowed Bangladesh to escape to a victory in the opening ODI.

There’s no denying the fact that their batters also need to address their scoring abilities as that too was a reason behind their defeat last Sunday. So if India are to restore parity in the second and penultimate ODI in Mirpur on Wednesday and avoid yet another series loss in Bangladesh, their batters need to brave the conditions and step up.

The pitch at the Sher-eBangla National Stadium for Wednesday’s game is likely to be similar to last Sunday. Spinners will have a major role to play with the quicks having a chance to exploit the uneven bounce if they bowl the right lengths.

Bowling-wise though, India shouldn’t be having too many reasons to worry. It’s just that their batters need to apply themselves better.

The senior pros of the team, however, are confident of bouncing back. “This is not the first time we have lost the first game of a series. This is quite normal, and we know how to bounce back from these situations. We’re very, very confident,” opener Shikhar Dhawan said on the eve of India’s must-win game.

“It doesn’t happen very often though, but Bangladesh played really well and are playing good cricket at the moment. At the same time, we have analysed where we need to improve.

“Surely, we’ll create more impact in the coming games. We are very positive and in a good space.”

Barring KL Rahul, who hit a 70-ball 73 batting in at the middle order, none of the other Indian batters could contribute. The likes of captain Rohit Sharma, Dhawan, Virat Kohli and Shreyas Iyer, who turned 28 on Tuesday, will get another chance to make amends.

Besides, Rohit and head coach Rahul Dravid also have batsmen like Ishan Kishan, Rajat Patidar and Rahul Tripathi at their disposal. The option of trying out one of them is certainly something the team management can ponder.

Also, skipper Rohit’s form is turning out to be a matter of serious concern for the team. He’s either struggling to get off to a fluent start or manufacturing ways of getting out after getting set. In the first one-dayer, he misread a straight one from Shakib-al Hasan.

Rohit batting in rhythm is one of India’s best ways to counter Bangladesh spinners like Shakib and Mehidy Hasan Miraz, who rely mainly on accuracy and the wicket-to-wicket line. India must also be looking to make sure pacer Ebadot Hossain doesn’t have another field day by just digging the ball short.

Ebadot was gifted with four wickets in the previous game, while Shakib did the damage from one end. Precisely, if India’s batsmen look to force Bangladesh bowlers to earn their wickets, they would be able to put a lot more pressure on the hosts, who then have every possibility of fumbling and committing comical errors as well.

Going back to India’s bowling, it remains to be seen if they continue with the same set of bowlers or play Axar Patel comes in place of Bengal’s Shahbaz Ahmed. Off-spinner all-rounder Washington Sundar, though, seems to be doing his best to cement his place in the side.

“The more matches he (Sundar) plays, he’s going to get more experienced. He already has a very stable mindset,” Dhawan said.

The sweep is one shot India’s batsmen, Dhawan in particular, are looking to employ in order to keep Bangladesh’s spinners at bay. “It’s good to practise them (sweeps) more.

“These shots will come in handy in these conditions. Even in the World Cup in India where spinners will make an impact, those shots will be helpful.

“I always enjoy playing them and it’s good to practise them more in these conditions,” the left-handed opener said.

With young Shubman Gill having made fair use of the opportunities coming his way, the heat is on Dhawan, who has been struggling for runs lately.

The 37-year-old has scored just one half-century in his last nine innings and in most of them, he has appeared to be a little scratchy right from the beginning.

Dhawan even had a separate session with Dravid, which lasted for quite some time during India’s training session on Tuesday.