India vs Pakistan: Revelry in, rivalry out 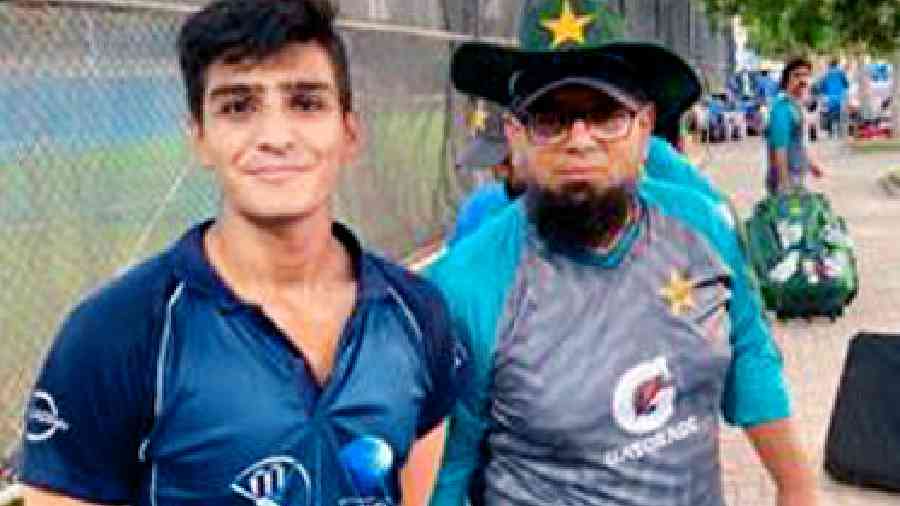 Cricket fans are a patient lot. Despite the temperature hovering over 40 degrees Celsius, they waited for hours to catch a glimpse of their star cricketers while alighting and returning to their team buses.

When Team India arrived, some fans tried to jump the rails and rush to the cricketers. But they could not break the cordon made by the well-built security men who looked like bouncers.

Many kept cheering for Virat Kohli as he came out of the bus and he even obliged a fan with a selfie.

If Kohli was the star Indian fans were cheering for, the Pakistan fans cheered for their skipper Babar Azam. Rohit Sharma won the hearts of Pakistan fans when he shook hands with them.

He even gave one of them a nearhug from the other side of the gate, making them all shout out “we love you Rohit”.

Dubai Police has warned fans not to carry political flags and banners to the stadium. However, the Pakistan team had their flag positioned next to their net-practice area while training.

This is a practice being followed by their head coach Saqlain Mushtaq.

He believes that the presence of the flag is an inspiration and motivation for his players. There were no political questions to any team at the media conferences.

When India vice-captain KL Rahul was asked about the rivalry with Pakistan, he said that he has played with many of the Pakistan players from the Under-19 World Cup days.

“They lived their dream and we too lived our dreams to become good cricketers.”

The Indian team manager, Renjit Rajendran, is considered to be an all-rounder.

Rajendran came to the fore through club cricket and is now the joint-secretary of the Kerala Cricket Association.

He is also a Level 1 umpire.

Want more? He is a lawyer by profession but is also a software expert.

Jash Giyanani, the left-arm spinner who played for the UAE Under-19 team in the ICC Under-19 World Cup 2022, is over the moon after he got to bowl to Indian and Pakistan batsmen at the nets.

He bowled for almost two hours in the heat and also managed to impress Saqlain Mushtaq, who was one of the finest spinners in the world in his playing days.