With the No.1 spot in ICC Test rankings too regained following this series victory, 2021 has certainly been quite a successful year for the Indians 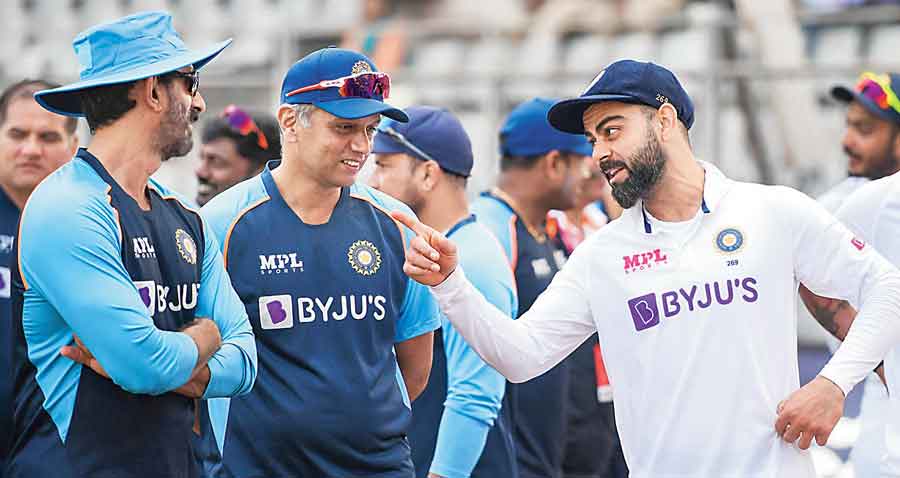 With just five more wickets required and New Zealand having a mountain to climb on a turning track, India’s victory in their last Test at home in 2021 was just a matter of time.

On Day IV of the second and final Test at the Wankhede in Mumbai, India took barely 45 minutes or so to complete the formalities as Jayant Yadav (4/49) and Ravichandran Ashwin (4/34) cleaned up the remaining New Zealand wickets to help record a massive 372-run victory, India’s biggest in the longest format in terms of runs, as well as yet another series win at home.

With the No.1 spot in ICC Test rankings too regained following this series victory, 2021 has certainly been quite a successful year for Team India as far as the longest format of the game is concerned. Of course, the disappointment of losing the inaugural World Test Championship (WTC) final to New Zealand is also there, but India haven’t lost any bilateral series this year amid the pandemic and the hassles of quarantine and bubble life.

“This year was really good for us. Obviously, the T20 World Cup and the WTC were a couple of setbacks. But the way we played in England and won the two Test matches over there, and given how we played at home, we can take a lot of confidence from them,” skipper Virat Kohli said during the post-match news conference on Monday.

“The expectation from the Indian team is that we’ll win everything round the 12 months, which is not possible. As a team, we know which areas we need to improve on and how we can go in the right direction.”

The goal of everyone should be to ensure the standard of Indian cricket always remains high, Kohli emphasised. “This has been our process, will be so and should remain the same going forward.

“The standard of Indian cricket always has to remain high no matter who plays. At present, it’s the current crop of players and tomorrow when youngsters come, they too should have a similar mindset,” he stated.

Considering how the likes of Mohammed Siraj, Axar Patel and Mayank Agarwal delivered in the absence of first-choice players and also during crisis situations, Team India’s bench strength inspires a lot of confidence in the captain, who believes Indian cricket is “in safe hands”.

“Indian cricket, I believe, is in safe hands if these individuals keep putting in such impact-making performances, and continue with the passion and intent required to play Test cricket. Everyone will be assured and confident that the standard of India’s Test performance won’t plummet since there are players who have the hunger to do well in this format,” Kohli asserted.

“We have tried to drive home this culture over the years.

“It’s a good sign that these guys are passionate about doing well in this format, both home and away. Such attitude provides the team with a lot of consistency.”