Since the last couple of years, the fast bowler has featured in over 40 T20s 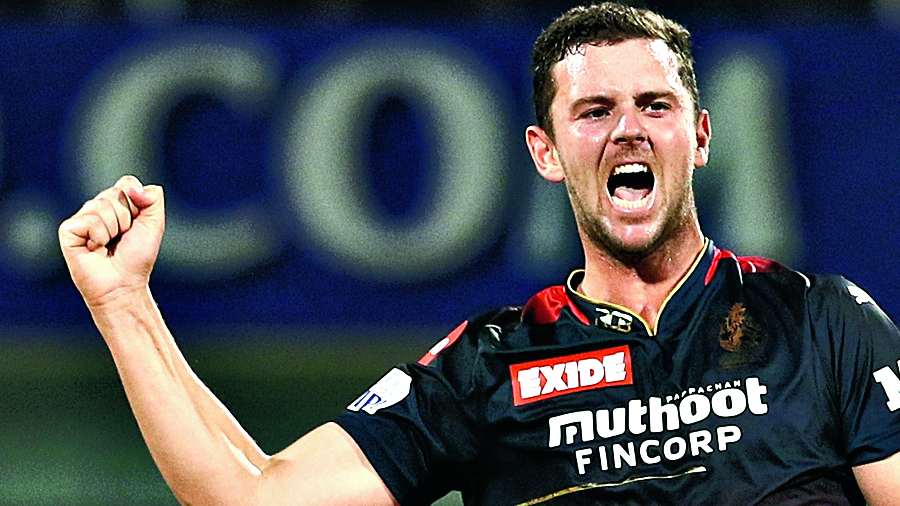 Australia playing few Tests abroad since the outbreak of the pandemic has turned out to be a boon for Josh Hazlewood. The 31-year-old pacer could thus get a much-desired exposure to cricket’s shortest format, something he wasn’t a part of for a long period stretching from March 2016 to January 2020.

Since the last couple of years, though, Hazlewood has featured in over 40 T20s, which included domestic, international and IPL matches. That figure is more than the number of games he had played (30-odd) since his T20 debut (in December 2009 for New South Wales) till March 2016.

And in these 40-odd games, Hazlewood’s impeccable accuracy was instrumental in earning Chennai Super Kings their fourth IPL crown last year in the UAE, gaining Australia their maiden T20 World Cup trophy thereafter, also in the UAE, and again playing a crucial role for his country in their home series victory against Sri Lanka earlier in February. After picking 11 wickets each in IPL 2021 and the T20 World Cup, Hazlewood took eight wickets from three T20Is against the Sri Lankans in Sydney and Canberra.

“I guess Josh, as an elite bowler in any format, just needed a window of opportunity to remind people of his immense skills as well as the ability to control his line and length,” Sydney Sixers head coach Greg Shipperd told The Telegraph on Thursday.

Hazlewood was a part of the Sixers squad that won the 2019-20 Big Bash League title. Playing just five matches in that edition, his economy rate read only 6.22.

“Great strategy, cool, calm and confident disposition aligned with some wonderful physical attributes are a few of the aspects that allow him to star in all formats,” Shipperd pointed out.

Talking about his evolution as a T20 bowler, Hazlewood, after Royal Challengers Bangalore’s 13-run win over Chennai on Wednesday in Pune, said: “It’s mostly about playing continuous (T20) cricket for the last two years.

“It’s about learning things along the way when you’re put in different scenarios and conditions against different players. So I think it’s about learning all the time what’s going to work that day and in that particular scenario, and trying to execute that.

Even in the ongoing IPL, Hazlewood already has picked up 11 scalps from seven appearances for RCB at an economy rate of 7.20. What certainly stands out is the success he has had in Asian conditions since last September.

“He has trusted the fact that the line and length he bowls in Test cricket will work in T20s because he gets the ball to bounce so much. It hits the stick more often than not. He bowls at a genuinely good pace, so he trusts his ability to bowl good short of good-length deliveries, showing they work even in these types of conditions. Also, he’s not trying too many different things,” Doull explained.