‘We got the start we wanted for a big chase’ 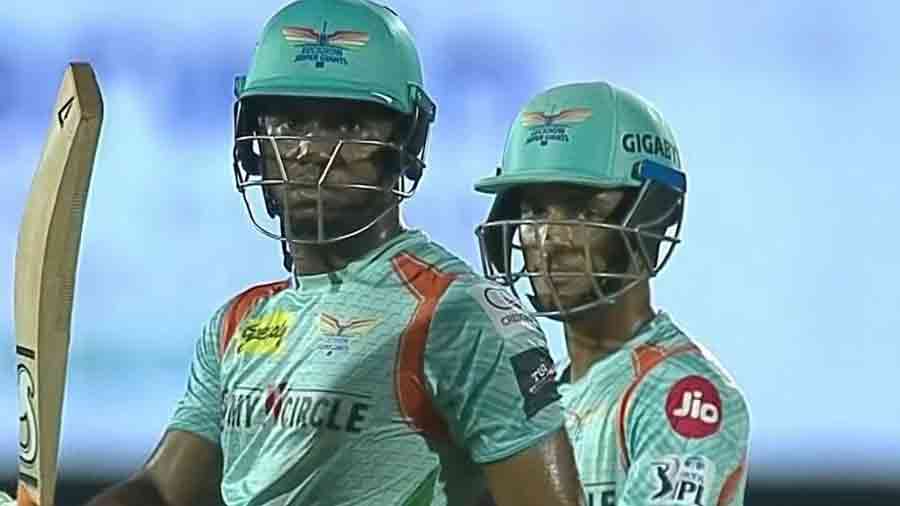 Evin Lewis, whose 55 not out off 23 balls helped Lucknow Super Giants’ chase down 211 against Chennai Super Kings, put it down to a good wicket which made his task easier.

“It was a very good wicket, one where you can score freely. You get the chance and capitalise...,” the Man of the Match said. “I backed my strength and skill. On the big stage I try to keep it simple and do the best for my team and myself.”

“We got the start we wanted for a big chase. I told him (Lewis) before the first game that myself and Quinny (Quinton de Kock) will open. You will be batting at three. The spinners in the middle overs could be a threat. He said doesn’t matter... Spinners or fast bowlers... Great to see players coming in and winning games. Puts a smile on the captain's face,” Rahul said.

The captain was all praise for Ravi Bishnoi too. “He has a big heart and is a fighter for a young boy,” he said. De Kock, who scored 61 off 45 balls, termed the victory as “unbelievable”.

“It is good for the team’s morale, a great win,” De Kock said. “We came out fighting and to come out on top is very special. We thought we could chase down 211. After the first two-three overs, we could see it was a good wicket.

“Evin played a hell of a knock, so did the youngster, Ayush Badoni. Chasing 211 was always going to be a close game but the boys were quite calm. To get it done is a hell of a job done.”