We are waiting for... I'm certain that in one of these innings he will be back among runs; the batting coach said, strongly backing the former skipper 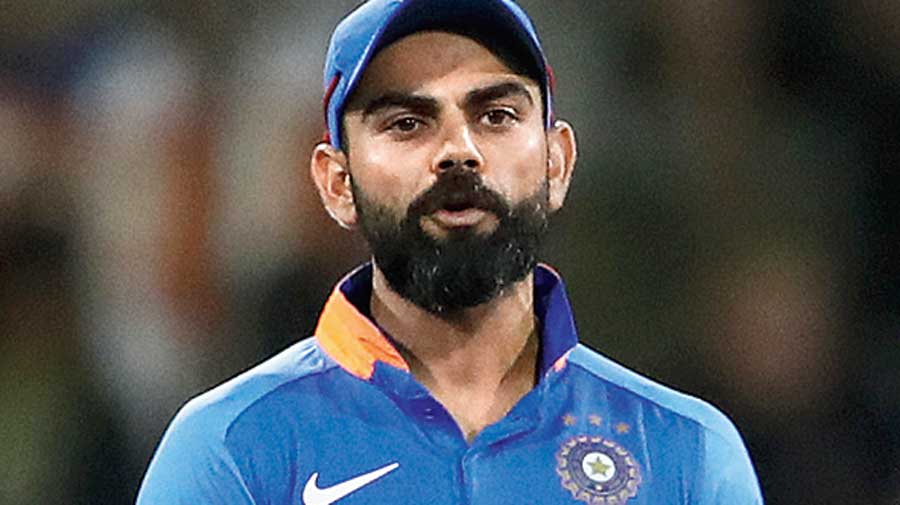 Virat Kohli's prolonged lean patch is not a concern for the Indian team, batting coach Vikram Rathour said on Monday, expressing confidence that the superstar batter would be back among runs in the upcoming T20I series against West Indies here.

The 33-year-old, whose tenure as India captain across formats came to an end last month, had a disappointing run in the recently-concluded three match ODI series with a total score of 26 runs at an average of 8.6 with a best of 18.

Rathour said it does not mean lack of form as Kohli has been doing well in the nets.

"I don't think he's going through a lean phase. I understand he had a poor series against the West Indies (in ODIs) but no conversation as such," Rathour said in a media interaction in the build-up to the three-match T20I series beginning at the Eden Gardens on Wednesday.

Across formats, Kohli is yet to score an International century in more than two years. His last century came against Bangladesh in India's first pink ball Day/Night Test at Eden Gardens here in November 2019.

In ODIs, Kohli last scored a century against the West Indies in August 2019, in Port of Spain and since then, he has had 10 50-plus scores but failed to convert them into a ton.

In the last 12 months, he has been part of nine ODIs and scored a total of 271 runs in them.

"He's batting really well in the nets and the kind of preparation he's putting in. We are waiting for... I'm certain that in one of these innings he will be back among runs," the batting coach said, strongly backing the former skipper.

The series is seen as India's preparation for the T20 World Cup slated in Australia in October and Rathour said he's confident that the batters will put up a strong show Down Under.

"With the batting that we have I don't think we have any issues. All our batters are capable of batting well in those conditions.

"Of course that is the focus at the moment. We are working towards the World Cup in Australia...unfortunately we are struggling a little bit with the injuries at the moment, few people are missing out.

"Till we have everybody available it's difficult to make sure what their role going to be. But so far that's the focus. We have started our preparation for Australia," he said.

Rathour was roped in after the exit of Sanjay Bangar in late 2019, and he got an extension till the ODI World Cup in India 2023 despite the departure of old coaching staff under Ravi Shastri.

Asked whether the team management sees Rishabh Pant as an opener in white ball format in future, Rathour said the dashing wicketkeeper-batter could be better utilised in the lower middle-order.

"It's too far ahead. I don't know whether I will be part of the side after 2023... As for Rishabh, he is a fantastic player, he can always bat up the order.

"It will depend on the team's scenario at that point of time and what the team wants from him. I've no doubt that he will be an important member of the side beyond 2023.

"But we can utilise him in a better way lower down the order which can be really challenging as we don't have much options of a left hander in the middle-order. We will see at that point of time where he can be more useful."

Pant opened the batting in the second ODI against West Indies and then batted at number five after Shikhar Dhawan was back in the mix.

Asked if the team management would want to try Pant as an opener in the upcoming T20Is, he said: "We have not yet decided, we still have a couple of days to go (for the match).

"I understand KL (Rahul) is out but we still have Ishan (Kishan) and Ruturaj (Gaikwad) in the mix. We will see once we have a look at the surface here on Monday," he added.

Middle-order batting not really a concern

In the aftermath of the Test and ODI series defeat In South Africa, Rathour faced criticism for the decline in India's batting department especially in the middle-order.

"I think we are doing well with our middle-order in ODI and T20Is. It never has been a concern. The wicket was little challenging and tricky in Ahmedabad," Rathour said.

"It was good to see people stepping up after we lost early wickets and put up decent scores with the likes of Shreyas Iyer, Suryakumar Yadav, and Rishabh Pant doing well in the middle-order," he added.

West Indies will be competitive in T20Is

India has uncapped players like pacer Avesh Khan, leg-spinner Ravi Bishnoi in the squad and Rathour said the focus is more on winning the series than giving chance to the youngsters.

"I believe in experimenting but we have a series win. I'm sure West Indies will be a very competitive side in this format. We want to give opportunities to young guys but the important thing is to start well and win the series," he concluded.