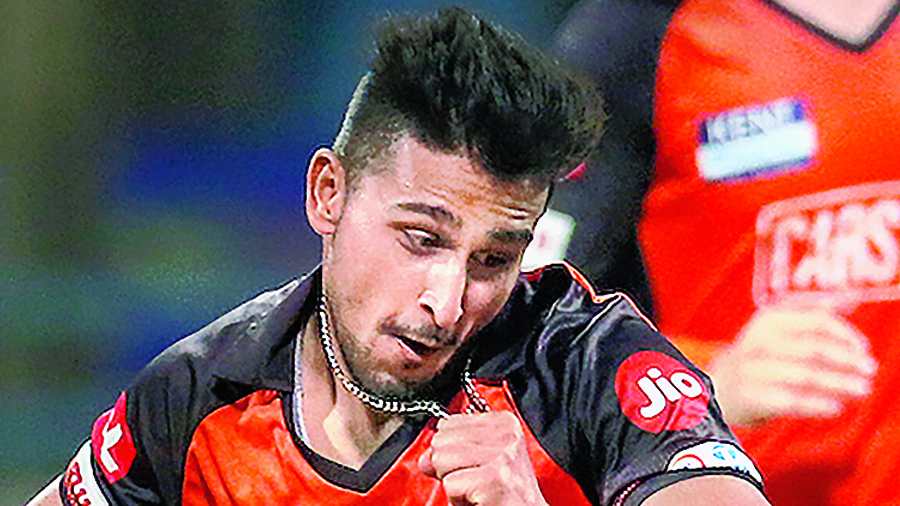 Delhi Capitals and Sunrisers Hyderabad haven’t met this season yet. The Capitals are currently placed seventh and Sunrisers fourth, with only two points separating the two.

The battle to make it to the playoffs will get more intense from here with both sides — meeting at the Brabourne Stadium in Mumbai on Thursday — having only four games left.

The Sunrisers’ success has been mainly because of their strong pace attack. They have lost two games in a row after five successive wins. Their batting has delivered only in bits and pieces. They will be hoping that their captain Kane Williamson, who has only one half-century this season, finds his touch.

Their batting in the five winning matches mainly relied on Abhishek Sharma, Aiden Markram (263 in nine games) and Rahul Tripathi (228 in nine games). How well the Sunrisers fare while batting first under lights remains to be seen as they have mostly achieved success while chasing.

This will also be the first time that David Warner, their title-winning captain, plays against his former franchise since his unceremonious exit last season. Whether that will motivate Warner remains to be seen but the Capitals will be hoping for a good start.

The Capitals’ openers have often led the way this year and when both have failed it has caused a lot of trouble. Umran Malik’s extra pace against some of Capitals’ power-hitters promises exciting cricket, but how they fare against Bhuvneshwar Kumar and Marco Jansen could also decide the outcome.

The injury to Washington Sundar in the previous game puts his participation in doubt and Sunrisers will be hard-pressed to find a suitable replacement. Washington not only props up the batting in the lower order but he is the best bet as far as spinners are concerned.

Delhi captain Rishabh Pant’s battle against India’s fastest bowler Umran will be a contest everyone will be looking forward to, considering that the speedster only comes after Powerplay, which could also mean Pant’s arrival to the crease. The skipper has a strike-rate in excess of 145 in five of the six innings he has faced more than 10 balls. However, only once has he managed to last for 30 balls or more.

Bowling has remained a problem area for the Capitals. Besides Kuldeep Yadav (17 wickets) and Khaleel Ahmed (11), none of the other bowlers have looked menacing. Mustafizur Rahaman has been good in patches but far from being the penetrative bowler that he was between 2015 and 18.

Whoever wins on Thursday will manage to break out of the mid-table scramble.

Need to win all: Warner

Senior Delhi Capitals opener David Warner has said the mid-table “congestion” means they will have to win five games left while checking out RCB’s results. “Moving forward, we’ve obviously got to win every game to make it to the finals. There’s a strong competition, two teams we have got to come against — Punjab Kings and Sunrisers Hyderabad, who are pretty much similar points to us,” Warner said on the eve of their match against Kane Williamson’s side, the Australian’s former team.

Rishabh Pant-led Capitals are seventh in the standings, after nine games.

“We could get that upper hand if we beat Sunrisers (on Thursday). We then go into the top four, but obviously, we need RCB to start losing as well. It’s quite a congested table,” Warner added. (PTI)