Day of records with families at hand

Snippets from ground zero as Asia Cup moves towards finale 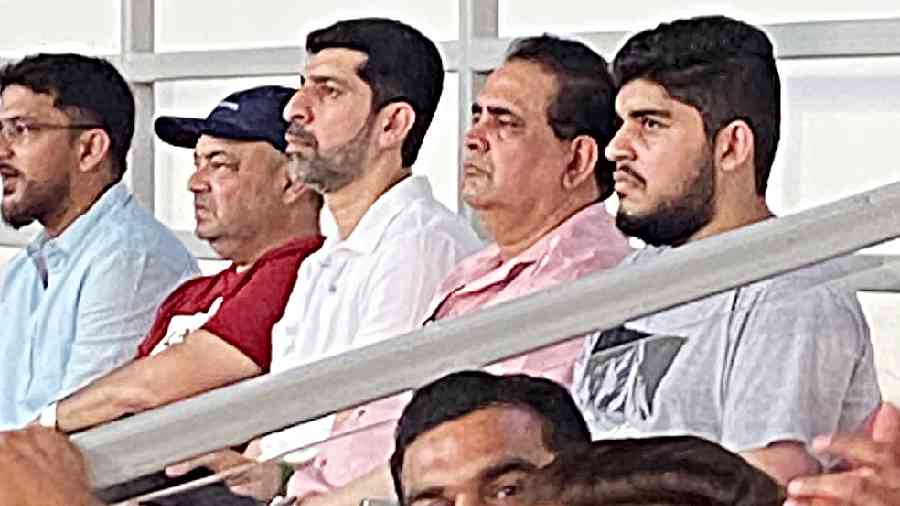 The venue of the Desert Storm as well as Javed Miandad’s last-ball six to break Indian hearts: Sharjah Cricket Stadium.

On Friday, the venue equalled the Sydney Cricket Ground for the most number of international matches held.

General manager of Sharjah Cricket, Mazhar Khan, came to the press box during the Pakistan-Hong Kong match to distribute falooda (a sweet drink made with fresh and dry fruits, ice cream and jelly) among the journalists to mark the occasion.

Then later, Pakistan too registered their biggest victory in the shortest format, registering a record 155-run win.

Earlier, Sharjah had entered the Guinness World Records for staging the maximum number of ODIs, the framed certificate of which hangs near the entrance to the stadium office.

Babar Azam’s father Azam Siddique was at the ground on Friday. Last year, too, during the India-Pakistan match in the 2021 T20 World Cup in Dubai, Siddique had shed tears of joy at his son leading the team to a 10-wicket win. Babar’s mother was on ventilator support (she has recovered since) during that match.

On Fathers’ Day 2020, Babar had tweeted: “Papa Ji, You took me to matches, stood there in scorching heat to observe & challenge me to push harder. From your small watch repair stall, you not only provided for family but also transferred your values & dreams in us. I’m eternally grateful to you!”

Support in the stands

The family of Ayush Shukla, the 19-year-old Hong Kong bowler who dismissed Rohit Sharma the other day, came to cheer him on against Pakistan as well. His father Asish Shukla, seated near the press box, told The Telegraph: “We are from Boisar in Maharashtra. I am a businessman and moved to Hong Kong in 1996. There are many talented players in Hong Kong but they need a lot of encouragement. Our team comprises seven players of Pakistan origin, four Indians and one British. Ayush is currently pursuing his bachelor’s degree in finance and accounting in Auckland.”

The youngster was thrilled when the India captain posed for a photograph, putting his around the teenager, after the match last Wednesday.

The Pakistan fans sportingly cheered for Hong Kong too. As they won the toss for the second time in a row, a spectator said: “They may not win matches but they have proved they can win tosses.”